Are Fears of a “Red Mirage” Nightmare on Election Night Overblown? Probably… - iMediaEthics 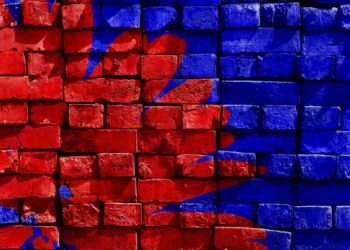 In the past few weeks, numerous news articles have raised the specter of chaos and confusion on Election Night because of the way ballots are counted. This concern was highlighted in an article in New York magazine last month suggesting that “An Election Night ‘Red Mirage’ Is a Nightmare for Democrats.”

The article reported the results of a new study by a top Democratic data and analytics firm called Hawkfish, which concludes that “it’s highly likely that President Trump will appear to have won — potentially in a landslide — on election night, even if he ultimately loses when all the votes are counted.”

That picture of an initial GOP advantage, which gives way to a Democratic victory, is called a “red mirage” by Hawkfish, but also termed a “big blue shift” by others – the blue shift occurring perhaps several days following the election, when all votes have been tabulated and Democrats emerge the winners.

The projection of this phenomenon for the 2020 election is that

“Way more Democrats will vote by mail than Republicans, due to fears of the coronavirus, and it will take days if not weeks to tally these. This means Trump, thanks to Republicans doing almost all of their voting in person, could hold big electoral college and popular vote leads on election night.”

Numerous articles have since been written about this Election Night scenario – in the New York Times, the Washington Post, CNN, The Atlantic, and Slate, among others.

Also, polls have affirmed the underlying theory, showing that Democrats are much more likely than Republicans to vote early.

A recent Gallup poll, for example, found that 62% of Democratic voters either plan to vote early or have already done so, compared with 28% of Republicans. Gallup’s Jeff Jones notes, “The 34-percentage-point partisan gap in early voting intentions compares with gaps of no more than two points in the previous four presidential elections.”

One of the Hawkfish model’s scenarios, based on polling averages reported by FiveThirtyEight in August, is shown below. (Polling averages since then have shifted only slightly, so the model is still instructive.)

It projects that early in the evening, as Election Day voting results are announced, it would appear that Trump was winning with 408 electoral votes to Biden’s 130. Only several days later, as vote-by-mail ballots were finally counted, would the complete results become available – giving Biden an eventual victory of 334 electoral votes to Trump’s 204.

In the meantime, Hawkfish’s CEO Josh Mendelsohn believes that “Given his history of false claims and dismissal of vote-by-mail, Trump may exploit this Red Mirage to claim victory and dispute any subsequent change to the electoral map.”

Such a hypothetical scenario is compounded by a recent poll showing that most Americans expect the results of the election to be available within a couple of days of the election, perhaps making them more persuadable to such claims.

Yet, as many election officials have warned (see here and here), the public should be prepared for Election Week instead of Election Day.

Why the Fears of a National “Red Mirage” May Be Overblown

As Mendelsohn notes about the above scenario, he assumes that across the country about 15% of mail ballots would be counted each day, so that not until late in the week would the count of mail ballots make it clear who was actually in the lead.

But Joe Lenski, who supervises Election Night forecasting for the four major networks (ABC, CBS, CNN, and NBC), suggests the assumption is faulty.

Based on his experience during the 2020 primaries, as well as his experience in projecting elections results over the past three decades, he told me in a recent telephone conversation that the speed in counting absentee or mail ballots varies significantly from state to state.

He acknowledged that some states new to widespread mail voting may be somewhat slow in counting such ballots. He cited specifically New York, Pennsylvania and Wisconsin as states that took a long time to count their primary election ballots and could be slow in November as well.

Given that both Pennsylvania and Wisconsin are viewed as swing states, a red mirage in those states could indeed occur. If the mail ballots take a long time to be counted, early in the evening Trump might be way ahead in the vote, even if eventually – after the mail ballots are counted – the big blue shift occurs and Biden wins.

Such a scenario could be particularly significant in the Keystone State. According to Nate Silver at FiveThirtyEight, “Right now, Pennsylvania looks like the single most important state of the 2020 election.” According to his model, if Trump carries the state, he has an 84% probability of winning the presidency. If Biden wins there, he has a 96% chance of becoming president.

But as Lenski noted, two other key states to the election – Florida and North Carolina – have long experiences with mail voting. Typically these states are able to tally 95% or more of mail ballots by mid-night or early the next morning. Also, Arizona, another swing state, counts its ballots quickly.

Currently, according to FiveThirtyEight, Biden has a 74% chance of winning in Florida, 68% chance in North Carolina, and a 72% chance in Arizona.

Should Biden win just in Florida, he would seem almost certain to win the presidency. The last time a Republican won the White House without winning Florida was in 1924, when Calvin Coolidge was elected president. And, according to FiveThirtyEight, if Biden wins Florida, he has a 95% chance of winning the presidency.

A Biden victory in North Carolina and/or Arizona would also indicate that Biden is likely to win the presidency, regardless of any confusion that might exist in some of the states where ballots are counted more slowly.

What Happens if the Election is Close?

The current poll numbers suggest that Biden will win a decisive victory. If that is the case, the results from states that count their votes quickly – such as Florida, North Carolina and Arizona – could mitigate any chaos or confusion caused by other states where the red mirage might occur. The media narrative would be about Biden’s likelihood of winning, even if vote counts in Pennsylvania and Wisconsin dragged on for several days.

But suppose the election is close, and it takes some time to sort out the results. Even in that case, there is reason to believe the process will unfold in an orderly fashion.

The main concern will be to avoid over-interpreting Election Night results, and using them to project winners, when many votes have yet to be counted. And the main responsibility for keeping the public accurately informed about the status of the election will fall on the networks and how they report the results.

Four of the networks – ABC, CBS, CNN, and NBC – form a coalition called the National Election Pool (NEP), which relies on Edison Research to conduct exit polls, provide vote counts, and project winners on Election Night and beyond. Several other news organizations subscribe to NEP, including the Washington Post, New York Times, and Reuters – which distributes the information to additional subscribers.

The supervisor of that operation since 2004 is Joe Lenski, mentioned earlier in this article. In a phone call with him last month, he noted that in addition to the exit polls on Election Day, Edison Research would conduct a national pre-election poll, and also pre-election polls in the 24 most competitive states, in the ten days before the election.

As Lenski noted in a later press release,

“As it has since 2004, the NEP exit poll will also include extensive telephone surveys of those planning to vote by mail to ensure that all voters are represented in Election Night coverage across the pool’s member networks and subscribers. This year, those polls will reach more than 25,000 voters casting ballots before Election Day.”

The press release also announced that Edison Research would conduct interviews at in-person early voting sites, so that all voters would be represented in their projection models, regardless of when they voted.

And, as Lenski noted, the NEP would be especially cautious this year before making any projections. The networks would also know what the projected vote totals would be, based on mathematical modeling by Edison Research.

When vote totals are updated, for example, the networks will be able to say that the current vote totals represent, say, just 45% of the vote, with 55% still to be counted. These warnings can help avoid any notion that early vote counts should be taken as final.

This information suggests that, at least for the four major news networks, election information will be as objective as possible.

What about Fox News?

“Election night is shaping up as a dangerous, high-pressure moment for the country and for television journalists, who traditionally play an outsize role in telling Americans who won our decentralized, locally run national elections. President Trump spent last week working overtime to cast doubt on the validity of the coming election.

“But at no place is the tension higher than at Fox, which has served as platform, megaphone and cheerleading squad for Mr. Trump and his counterfactual claims for the better part of four years.”

The good news for objectivity in reporting is that Fox has indicated that, as usual, its Election Night coverage will be under the control of the network’s news division, co-hosted by Bret Baier and Martha MacCallum.

Moreover, the people making the decision about when to project the winners in each state will be led by Arnon Miskin, a highly respected election analyst.

The operation there will be somewhat different from the NEP, which Fox and the Associated Press quit in 2016. They have formed their own partnership, which the AP calls VoteCast. The website notes that “AP VoteCast is a survey of the American electorate conducted by the National Opinion Research Center (NORC) at the University of Chicago for The Associated Press and Fox News.”

Unlike the NEP, VoteCast does not provide any exit poll data – how people say they voted as they leave the voting booth. All VoteCast polling data are based on interviews conducted by phone and the Internet just prior to the election. Of course, like the NEP forecasts, Fox and AP projections of winners will take into account both the results of its polls along with actual vote counts as they are reported.

All the networks are aware of the “red mirage” and the “big blue shift” that could occur because of different voting patterns of Republicans and Democrats.

But my sense is that all five of the networks, and the news organizations that subscribe to their NEP or VoteCast services, are committed to blunting any efforts to mischaracterize early voting results. The worst case scenario projected by Hawkfish seems highly implausible.

So, on Election Night, I will watch the networks with confidence that the Mainstream Media (Fox included) will do right by our Democracy.