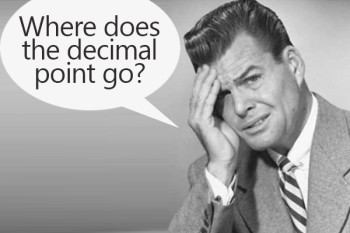 The New York Times wrongly reported an optimistic view that  £11 million is worth about $166 million. This false claim makes each British pound exchange at approximately $15.

The error was made in a Jan. 18 story about a lawsuit at Sotheby’s. The Jan. 21 correction reads:

“A report in the ‘Arts, Briefly’ column on Monday about a British judge’s ruling in a lawsuit that Sotheby’s was not negligent in concluding that a painting it sold in 2006 was not by Caravaggio misstated the dollar equivalent of the £11 million for which Sotheby’s was sued. It is about $16.7 million, not about $166.6 million.”