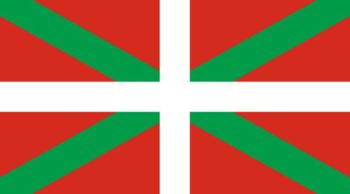 Did you hear about the man who opened fire in a Spanish supermarket screaming “Allahu Akbar”? If you did, you didn’t get the full story. The man never actually said “Allahu Akbar,” which means “Allah is great,” according to the supermarket chain. He said something in the Basque language.

The incident happened in a supermarket in Ourense, a city in northern Spain in mid-January.

Gemma Farinós, the International Communications Manager for Mercadona, the supermarket chain where the incident occurred, flatly debunked the sensational terrorism claims. In an e-mail to iMediaEthics, she provided the following statement:

“The shots fired at a store in Ourense (Galicia) were not part of a terrorist attack. He did not shout ‘Allahu Akbar’ and he wasn’t wearing a suicide vest. And nobody was injured. He is a Spanish national with some kind of decreased mental faculties, as the police has said. He was born in the Basque country and he was shouting in his local language (this has been the reason of the confusion).”

iMediaEthics asked what exactly the man did say, if not “Allahu Akbar.” She said, “We exactly don’t know because it is a local language. What I can assure you is, he didn’t say ‘Allahu Akbar.'” iMediaEthics has attempted to contact the Ourense police for more information.  A police spokesperson told the English-language news site Spain Report, “He had no terrorist link at all.”

How the Media Reacted

The Lad Bible unpublished its article, “Gunman opens fire in Spanish supermarket shouting ‘Allahu Akbar'”, with the URL leading to the home page.

Thank you to @LADBible for unpublishing their false story about a gunman opening fire shouting "Allahu Akbar"https://t.co/W6I8sZfbsc pic.twitter.com/Qv1lcG7lHj

The Sun apologized after Miqdaad Versi complained. Versi, the assistant secretary general for the Muslim Council of Britain, posted on Twitter the original story, which was headlined “SUPERMARKET TERROR: Gunman ‘screaming Allahu Akbar’ opens fire in Spanish supermarket while ‘carrying bag filled with petrol and gunpowder.'”

After Versi’s complaint, the Sun changed the headline from “terror” to “horror” and removed “‘screaming Allahu Akhar.'” The article’s first sentence read “A gunman carrying gunpowder and petrol in his pockets was said to scream ‘Allahu Akbar’ as he opened fire in a Spanish supermarket.” Later the article attributed that claim to an employee at the store. “An employee said the man shouted ‘Allahu Akbar’ – which means ‘Allah is great’ -as he opened fire, reports La Region.'”

At the bottom of the story in bold, is a note reading:

“An earlier version of this story reported claims that the gunman shouted ‘Allahu Akbar’ as he opened fire, which turned out to be incorrectly reported by a Spanish newspaper. We have amended the story and apologise for the error.”

The original Sun article, without the correction, was republished on FoxNews.com.

Other outlets have not corrected still. The Mail‘s article was headlined “Gunman screaming ‘Allahu Akbar’ opens fire in Spanish supermarket while wearing ‘suicide vest’ filled with gasoline and gunpowder”

“One employee confirmed that he had shouted the Arabic phrase for ‘God is great’ before he began shooting,” the Mail claimed, without attribution.

The Express‘s article was headlined, “TERROR IN SPAIN: Gunman screaming ‘Allahu Akbar’ opens fire in supermarket.” and also claimed, “One employee said the man, who was standing just a few metres from him, yelled “Allahu Akbar’, which translates to ‘God is greatest.'”

The Mail & Express who had worse false headlines on this topic are yet to correct their articles. pic.twitter.com/SCiYWpUu63

Versi has complained to IPSO, the press regulator, over the Mail and Express stories, he told iMediaEthics.

iMediaEthics has contacted the Sun, Express and Mail for comment about their reporting and the accuracy complaints.

The Muslim Council of Britain has been a source of controversy for its views on Holocaust Remembrance Day and Hamas.  A 2015 report by the UK government on the Muslim Brotherhood in the UK stated the Muslim Brotherhood “played an important role in establishing and then running the Muslim Council of Britain (MCB)” in the 1990s. The Council’s website states it is “a national representative Muslim umbrella body with over 500 affiliated national, regional and local organisations, mosques, charities and schools.”