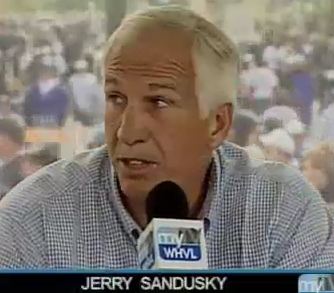 At the heart of the issue for three of the ombudsmen — NPR’s, the New York Times’, and the Los Angeles Times’ —  is what language reporters should use in their reports. As iMediaEthics has written previously, Mediaite’s Tommy Christopher questioned the media’s reporting on the investigation and accusations against Sandusky earlier this month because many outlets were labeling it a “sex scandal.”

Instead, Christopher argued that it’s a rape or assault scandal given the young age of the alleged victims.

NPR’s ombudsman, Edward Schumacher-Matos, questioned “how do you describe the unspeakable?” in a Nov. 22 column.

Schumacher-Matos addressed a reader’s complaint that NPR’s coverage has been too explicit and detailed.  One asked Schumacher-Matos why NPR couldn’t simply say that Sandusky was “accused of ‘molesting’ boys” instead of going into the details about where and how old the alleged victims are.

Schumacher-Matos reported that as of his column, a survey of NPR’s coverage of the charges against Sandusky indicated that NPR most often described the charges as “sex/sexual abuse” or “molesting/molested.”

Schumacher-Matos asked readers for their response and opinions for how NPR should describe the charges, in light of the possibility that one of the alleged victims may hear NPR’s coverage.  “Should we be most concerned about soft-pedaling the crime, damaging the survivor, or revolting the rest of us?” Schumacher-Matos questioned.

Regardless, Schumacher-Matos cautioned all media outlets to carefully report the charges and ensure that reports don’t suggest that “the sex was consensual.”  He wrote:

“Nothing involving a child is consensual. Phrases such as ‘oral sex,’ ‘sodomizing,’ ‘having sex,’ ‘engaging’ in any kind of sexual act and the like should be banned unless clearly combined with adjectives like ‘forced.’ At least two of the NPR reports failed to do this. (Of course, the reports still must be careful to note that the accusations are ‘alleged’ crimes; the accused has rights, too.)”

Schumacher-Matos also noted that he doesn’t think “molest” appropriately describes the level of the  charges, whereas “sexual abuse or assault” may be more fitting.

The New York Times’ Ombuds: “When Appropriate..Call A Rape a Rape”

The New York Times ombudsman Arthur Brisbane weighed in Nov. 19 and noted that the reporting “poses a challenge not only to get the story right but to deliver it in language that puts the facts in the proper light.”

Brisbane noted that readers complained over the Times’ initial coverage of the case because they said the language of the story didn’t appropriately or seriously describe the charges. Readers cited by Brisbane questioned the Times’ suggestion that the alleged victims consented because of phrases like “having sex with.”

According to Brisbane, the Times started using the word “rape” in its reports on the charges against Sandusky “four days into the Times‘ news coverage.”

Brisbane cited Times sports editor Joe Sexton’s explanation that initially the term “sexual assault” was used as a more encompassing term. Sexton also noted that ” the paper’s reporting on Penn State officials’ accounts of their actions required careful wording, as none of them besides the graduate assistant had acknowledged that rape was involved.”

Brisbane called for media outlets including the Times to examine the way they report and describe sex crimes, specifically to incorporate the perspective and advice of victims’ advocates who are concerned with “underplaying” alleged crimes.

Like Schumacher-Matos, Brisbane questioned how the Times should report considering the possibility an alleged victim may read the report.

The case against Sandusky, Brisbane wrote, “is complex, with 40 charges involved, and the details of the allegations are extremely unsavory. How can a reporter characterize the facts accurately and without compounding the victimization?”

Brisbane ultimately advised “When the facts warrant it, journalists should be as specific as possible, they should avoid using the language of consensual sex and, when appropriate, they should call a rape a rape.”

Note: Earlier this year, the Times was under fire for its reporting on the alleged gang rape of an 11-year-old girl in Texas. In a March column, Brisbane addressed readers’ concerns that the Times’ report blamed the victim and didn’t include any comments that sympathized with the victim.

As the other public editors wrote, Edgar noted that despite the “explicit” allegations against Sandusky, the Los Angeles Times has had “some difficulty” as a “family newspaper” to appropriately describe the charges.

Edgar reported that reader Amy Ramos was concerned that the newspaper hadn’t used the word “rape” to describe the allegations.

“Whether this was out of squeamishness about the subject matter, an attempt to describe lurid allegations for a family newspaper, or more likely the result of our working quickly in following complex, rapidly evolving events, we should have been more precise. We should have said ‘sexually assaulting.'”

According to Furhmann, the Los Angeles Times has previously issued standards guidance to staff concerning the phrase “sex case.”  “‘Sex case’  is not an acceptable headline shorthand for describing instances of alleged sexual assault, molestation or rape. Victims of such assaults do not ‘have sex’ with their attackers; that usage implies consent,” the 2003, 2008 and 2011 memos to staff have reminded, according to Furhmann.

Washington Post ombudsman Patrick Pexton commented on the newspaper’s Sandusky reporting earlier on, specifically to criticize that the Post’s coverage “relied too heavily on columnists.”

Pexton wrote in a Nov. 11 column that the the Post “was slower to respond” than its national competitors and published more columns on the accusations instead of straight news reports.  Many readers complained to Pexton about the lack of news reporters on the scene.

While NPR, the New York Times and the Los Angeles Times’s ombudsmen were concerned about the language used by their newspapers in reporting, Pexton’s column focused on where the Post fell compared with its competitors in reporting the story.