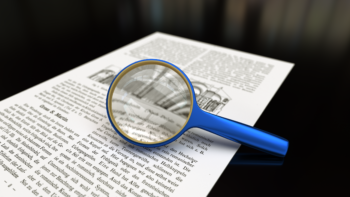 Do the facts matter? To whom? These are just rhetorical questions, right? In his article The Brokaw Hoax,” Rory O’Connor, a New York Media Columnist tackled this important issue the same week as NPR’s “This American Life” – their most recent show was titled “The Facts Don’t Matter.”

Sadly, even if journalists or their media offer corrections, a lot of readers/viewers don’t care if what they read is true. It is amazing that however cynical the world might seem, some people read articles, watch news broadcasts, etc., and unless the story immediately smacks them upside the head with falsehood, will regard it as 100 percent truth. They’re not going to check back for follow-ups because they grabbed their nugget of what they call truth and ran.

Perhaps journalists, especially the ones who come from the skeptic’s school of “believe half of what you see and none of what you hear” find it hard to believe that anyone would report a story they weren’t there to see. I know I do. O’Connor’s example of “Roger Sizemore,” reporting on the US invasion of Panama in late 1989, which turned out to be a hoax, is even more incredible. And the unmasked fiction, ended up turning into Glen Merzer’s play, “The Sizemore Affair”

Sadly, when a story is wrong, and it is corrected, the readers still often hold memories of the previous story being correct. It doesn’t matter that one is true and one is false. There can be different “truths“. You believe it your way, and I’ll believe it mine. They say there should be a statute of limitations on truth. To justify, they offer philosophical red herrings – is true factual journalism even possible? Can’t there be more than one truth? Can’t we have it both ways?

Nineteenth century poet Matthew Arnold said that journalism is literature in a hurry, but you can also infer that the truth in journalism is more interesting than fiction in journalism. Life is literature. Journalism just has to pump it out on a weekly, daily, hourly basis. Could Jayson Blair, for example, have made up September 11th? It is doubtful. Most likely, anyone reading about such a plot pre-9/11 would have thought such a story to be an obvious fabrication too bizarre and fantastical to be true. The truth is certainly more intriguing than anything fabricated from the false threads certain lazy journalists sew, those fabrications the ever-willing public huddles under, neither willing nor wanting to see anything outside of the reflections of these pale shadows on their cave walls. Even if journalism is literature in a hurry, it’s never too late to correct the plot; just as in “Sizemore’s” case, the truth about the fiction is more interesting than what the fiction initially set out to report.