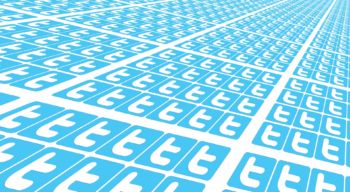 ESPN released new social media guidelines this week. The guidelines are especially timely since this fall ESPN SportsCenter host Jemele Hill twice triggered controversy with her tweets, with one ending in a two-week suspension. Her tweets calling Pres. Donald Trump a white supremacist prompted the White House to call for her firing.

The new guidelines are posted on ESPN’s website and call for staff to “think before you tweet” and remember “you are representing ESPN.” Journalists should leave politics and social issues out, essentially, especially if they work in “‘hard’ news reporting.”

Particularly related to Hill’s controversial tweets, the commentary section of the new social media guidelines advise against “overt partisanship or endorsement of particular candidates, politicians or political parties.” If there is any “commentary on any political or social issues,” staff should discuss it with producers or editors first.

Despite Hill’s tweets, ESPN public editor Jim Brady reported that ESPN didn’t specifically update its guidelines because of the controversy. “According to ESPN President John Skipper, the changes were not made specifically in response to the Hill incidents, but more because of what those controversies reflected,” Brady reported. The original guidelines were created in 2011 and updated in 2012. In April of this year, ESPN updated its guidelines addressing elections and politics, as iMediaEthics previously reported.

iMediaEthics wrote to ESPN to ask what prompted the new guidelines and what the process included; a spokesperson pointed iMediaEthics to Brady’s blog and Sports Business Daily’s news article, which reported ESPN’s Skipper reiterated the guidelines weren’t made because of any specific incident. “It’s the right time to do it. We would never react to one incident or two incidents and say, ‘Oh my gosh, we’ve got to look.’ It’s a unique moment in time,” he is quoted as saying.

“If you wouldn’t say it on the air or write it in a column, don’t post it on any social network,” ESPN’s new guidelines state, warning journalists not to “compromise our authority” in sports reporting with non-sports or sports-related tweets. ESPN staff are also advised against sharing any internal information including “how a story or feature was reported, written, edited or produced; stories or features in progress; interviews conducted; or any future coverage plans.”

If a journalist breaks ESPN’s guidelines they can be suspended or fired, the guidelines state.

Brady, the public editor, reported that “the main change” to the guidelines “is the addition of a preamble that ties the policies to ESPN’s larger mission.” That preamble reminds staff of the importance of ESPN’s reputation, avoiding controversy and abiding by “high standards, sound logic and common sense.”