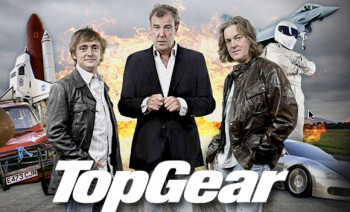 The BBC has investigated the car show Top Gear, the Guardian reported.

Top Gear and its host Jeremy Clarkson have been in the news recently for controversial remarks made during the program. Viewers complained after Clarkson called an Asian man “slope” during a Top Gear episode. UK media regulator OfCom determined this summer  that Clarkson “deliberately” used the “offensive and pejorative term.”

The Guardian‘s report on the “sweeping internal investigation” of the program said:

“It is understood that workers on the show were asked if they thought the programme was racist. The investigation also explored whether a culture existed where people were afraid to speak out when they found things offensive.”

In response to The Guardian‘s claims regarding the “four to six weeks” long internal investigation, “The BBC would not reveal the findings of the report and refused to comment.”

But, after The Guardian‘s report on the internal investigation, BBC Television director Danny Cohen sent a letter to The Guardian admitting “there have been some significant issues” with the show.

He seemingly confirmed an investigation into the program when he wrote he “instigated a health check” of the show.

“The BBC has taken them seriously and has left no one associated with the programme under any illusion just how seriously. I instigated a health check on Top Gear to ensure that there were no further issues,” Cohen wrote.

Further, he denied that Clarkson or the show is racist. “While Jeremy [Clarkson] and I disagree on the language some have recently found very offensive, I do not think he or anyone on the Top Gear team are racist.”

iMediaEthics has reached out to the BBC for comment.

In 2011, more than 21,000 complaints were filed with the BBC after Clarkson called on air for public sector workers on strike to be shot.

In 2012, viewers complained after Clarkson compared “a Prius car/camper van hybrid to ‘people with growths on their faces,'” The Guardian reported.

Epoch Times apologizes for another news outlet's article?
Why CBC says documentary on Trial co-produced by lawyer's daughter not conflict of interest