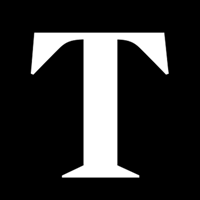 A black businesswoman argued that a columnist was racist when he referred to her and others as “monkeys.”

But, that complaint to the UK press regulator the Independent Press Standards Organisation was rejected.

Miller was upset about the Sunday Times‘s October 2019 article, “Poor Nigel- what’s he going to do with 600 camp followers now?” The columnist said in part:

“I admit I was helped in reaching this conclusion by hearing the journalist [name] howling about it on the radio, like an undead blue-stockinged banshee; and by finding that it also had the loathing of the anti-Brexit businesswoman Gina Miller, the Liberal Democrat leader Jo Swinson and various pompous Scottish remoaner lawyers who always bring out the Jack Cade in me. If these monkeys hate it, it can’t be all bad”

Miller argued calling her a monkey was a “prejudicial and pejorative reference to her race” and that her race was irrelevant, IPSO reported.

The Times declined to comment to iMediaEthics beyond pointing to the ruling.

The Times, however, said monkeys was used to describe a group of white people, who the columnist thought were foolish. According to IPSO:

“It said that the complainant was one person in what was otherwise a group of white individuals who had been attacked over their public positions on Brexit. There was no indication that the use of the term ‘monkeys’ applied to the complainant in particular, to her race, or to the race of anyone else in the list; race was neither explicitly or implicitly an issue.

While IPSO noted that monkeys could be used in a negative way racially, it didn’t find it was in this case because the columnist was referring to a group of people of different races. As such, IPSO rejected the complaint.