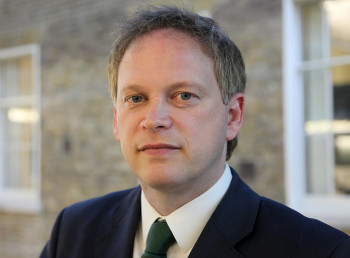 After reporting on accusations of a scandal against politician Grant Shapps during an election season, the BBC apologized for not paying enough attention to reports clearing Shapps, according to the Press Gazette.

The Wikipedia account “Contribsx,” accused of belonging to Shapps, MP for Welwyn Hatfield and Minister of State for International Development, was blocked because it was editing both “his own page and those of rivals,” The Guardian had reported in April. “A Guardian investigation found that about a third of the contributions made by this user were to Shapps’s own Wikipedia entry, while the rest were largely unflattering changes to the pages of senior political figures,” the Guardian reported.

Shapps denied using the Wikipedia account, calling the claims “categorically false and defamatory.” And it turned out it was not his account at all.

Wikipedia then censured the administrator, Richard Symonds, who had made the accusations, which were false, the BBC reported in early June.

Shapps responded to the censure news criticizing the media’s coverage of him.

“The failure of various media outlets to check even basic facts meant that this false and damaging story ran for an entire day during the general election campaign,” he said to the BBC. “My hope is that this case serves as a reminder that both the source, as well as the content of a story, should be carefully checked before it is broadcast in future.”

Shapps complained to the BBC about its coverage of him. While the BBC isn’t the only outlet that covered the claims about him, it was the one that most affected him he said.

“The original false story did have a big impact, not least because it was covered so many times by the BBC,” he told iMediaEthics. “It was broadcast elsewhere, but the BBC seemed to lap it up. No one bothered to check the source (an activist from another political party as it turned out) or bother to seek a second source as should be normal for UK broadcasters who have to be neutral.”

According to Shapps, the claim about him “was broadcast 42 times during the first 24 hours on BBC outlets alone.”

“It had a significant impact on the election coverage that day and of course was reputationally damaging, as well as being untrue,” Shapps commented. “When the story fell apart completely with the Wikipedia Administrator responsible being effectively fired following a long Arbcom (Wikipedia’s high court) investigation, the BBC appeared to only cover the outcome and correction in passing.”

Shapps said this type of scandal story “can be pretty damaging for the individual being targeted” and that he expected news outlets to be “better balanced” by reporting just has prominently that he was cleared of the accusations.

“Without doing so they allowed their viewers and listeners to be misled by the original untrue story,” Shapps wrote to iMediaEthics. “And yes, it did have quite an impact on the immediate election aftermath. That said, I am in politics and complaining about the media is about as constructive as moaning about the weather, plus I’d rather look forward than back.”

In a June 22 letter to Shapps, BBC head of news James Harding wrote, “I’m sorry we didn’t do as much as I would have liked.”

“I don’t think the original story needed ‘correcting’ as your correspondence suggests because we reported the event accurately and fairly,” Harding wrote.

He went on, “The question is rather whether we gave the subsequent development the right amount of coverage and I don’t think we did quite enough.

“As you say, no-one would expect the follow up outside of election time to receive the same or similar airtime, but I’m sorry we didn’t do as much as I would have liked,” Harding added. “Thank you for taking the time to raise what must have been a particularly infuriating episode in such a measured way.”

Shapps responded to the apology statement on his website, writing:

“I very much appreciate this BBC apology. When the original false accusation was made it was as if the BBC couldn’t get enough of it. Repeating the story hour after hour. But when it turned out to have been trumped up by a LibDem Administrator, later admonished and fired, you would have been hard pressed to have heard the update or correction.

“The BBC has a duty to not only check the source of a story before it runs, but also to highlight a correction in a timely manner. I believe that there should be a simple test in such cases. Could someone who heard the original broadcast reasonably be expected to have heard the apology or correction? In this case the answer was clearly no and I’m grateful for James Harding accepting that in this case the BBC got it wrong and his apology on behalf of the Corporation.”