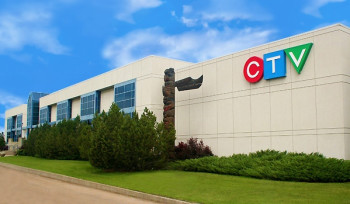 Bell Media fired its president Kevin Crull for trying to interfere with its journalism at Canada’s CTV, it said.

Last month, Crull told Bell Media-owned CTV and BNN not to interview the head of Canadian Radio-Television and Telecommunications Commission, Jean-Pierre Blais. They did so anyway, and Crull later apologized.

Now, weeks after that incident, Bell Media, which owns dozens of TV stations, announced it fired Crull, saying in a press release that “The independence of Bell Media’s news operations is of paramount importance to our company and to all Canadians.”

Bell president and CEO George Cope added that Bell Media’s journalism outlets would “always uphold the journalistic standards that have made CTV the most trusted brand in Canadian news.”

While the press release simply said Crull was leaving the company, Bell Media spokesperson Mark Langton told iMediaEthics by e-mail: “Mr. Crull did not resign. We’re not commenting beyond the release though.”

Two weeks before the firing, Crull “apologized for meddling into the editorial decisions of Bell-owned networks CTV and BNN during their coverage of a CRTC decision moderating more choice in cable TV,” the Huffington Post reported.

He didn’t want CTV including CRTC chairman Blais in its reporting. “An interview with Mr. Blais was cancelled and footage of him did not appear on CTV’s dinner-hour news reports,” the Globe and Mail reported. Despite that instruction, CTV still “included Mr Blais in a story.”

Crull apologized March 25 for his actions. “It was wrong of me to be anything but absolutely clear that editorial control always rests with the news team. I have apologized to the team directly for this mistake,” Crull said, according to Reuters.

CRTC’s Blais then criticized Crull’s actions. “The allegation, however, that the largest communication company in Canada is manipulating news coverage is disturbing. Holding a radio or television licence is a privilege that comes with important obligations that are in the public interest, especially in regards to high-quality news coverage and reporting,” Blais said in part.

Univ. of Toronto’s director of journalism and former executive director for the Organization of News Ombudsman Jeffrey Dvorkin commented on the firing to the Canadian Press:  “It is rare, at that level, for management to take such a dramatic action but I think it’s an indication of how Bell Media understands that its journalism is connected to its reputation.”