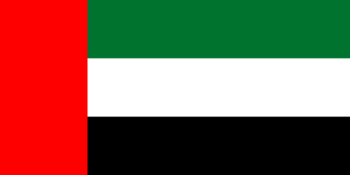 Complaints by one of the ruling families of the United Arab Emirates against nine articles from five news outlets were rejected by the UK press regulator the Independent Press Standards Organisation.

Sultan bin Muhammad Al Qasimi and his family complained to IPSO over July 2019 articles from the Mail Online, the UK Metro, the Daily Mail, the Sun, and the Sun’s website.

The Mail Online added that his son was a “well-known meth user who often hosted days-long sex parties.” The Daily Mail’s articles featured a quote from sources saying the deceased could “become very unpredictable.” The Daily Mail also reported that the deceased had a “reputation for partying hard, surrounding himself with beautiful women and prostitutes, as well as having a penchant for illegal drugs that boosted his sexual performance.” The Sun and Sun’s website stories added that an anonymous source said the prince’s fashion label staff were “ordered to keep quiet.”

The five outltes articles also included a picture from the funeral showing Al Qasimi standing over his son’s body. The Mail Online defended that image, noting that an Al Qasimi family member shared the photo on Instagram before news outlets published.

The Sun said it did try to contact the family for comment but didn’t hear back. It added that it reported allegations and pointed out that “the accuracy of this information had not been questioned.”

The Metro and Mail rejected that argument, saying its stories didn’t mock or make light of the claims, but instead published “straightforward” reports of what was being said. The Mail also noted, in response to Al Qasimi’s complaint, that it didn’t state as fact the cause of death, but only reported on information that was already published by other news outlets. The Daily Mail defended its article as news and sensitive, noting it included information about the mourning.

The Mail Online said it didn’t contact Al Qasimi’s family for comment because it was the day of the funeral, but the Mail did include the official statements that had been released thusfar.

IPSO agreed that the articles weren’t insensitive, and added that it was OK that some of the outlets did not contact the family before publication because it was a report of a death and the article included already released statements. The anonymous claims about sex and drugs were OK, IPSO added, because news outlets don’t have to “sanitise the circumstances of a death.”

“While the Committee understood that the complainants had found the coverage distressing to read, and their concern that the articles were published on the day of Prince Khalid’s funeral, the fact of someone’s death is not private, and there is a public interest in reporting on a death,” IPSO ruled.  Journalists have a right to report the fact of a person’s death, even if surviving family members would prefer for there to be no reporting. The Committee noted that in this case, the deceased was a high-profile fashion designer and a member of a royal family. It was not insensitive in breach of the Code for the publication to have reported the alleged circumstances of Prince Khalid’s death on the day of the funeral.”

IPSO rejected the complaints about photos, explaining that the photos were of a televised state funeral for a public figure and not private.

The Mail Online’s articles were:

The Daily Mail’s article were:

The Sun’s articles were

The Sun Online’s articles were