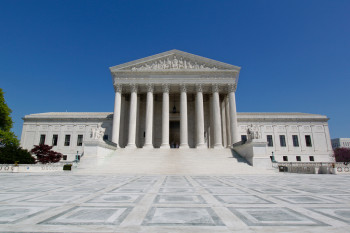 This survey was sponsored by iMediaEthics, which designed the questions, and was funded by the Perry and Donna Golkin Foundation. The actual interviewing was conducted by Princeton Survey Research Associates International (PSRAI) in its April 2016 Omnibus Week 1 poll. For further information about the survey, please contact info@asrlab.org. Read the analysis here.

PSRAI obtained telephone interviews with a nationally representative sample of 1,000 adults living in the continental United States. Telephone interviews were conducted by landline (500) and cell phone (500, including 318 without a landline phone). Interviews were done in English and Spanish by Princeton Data Source from April 7-10, 2016. Statistical results are weighted to correct known demographic discrepancies. The margin of sampling error for the complete set of weighted data is ± 3.6 percentage points.

Hello, I am ___ calling for Princeton Survey Research. We’re conducting a study about some important issues today. [IF RESPONDENT SAYS DRIVING/UNABLE TO TAKE CALL: Thank you. We will try you another time…]

READ TO ALL CELL PHONE – INTRODUCTION TO MAIN INTERVIEW: If you are now driving a car or doing any activity requiring your full attention, I need to call you back later. The first question is…

Notes: Due to rounding, percentages may not add to 100%. An asterisk (*) indicates values less than 0.5%. Volunteered responses are indicated by (VOL.).

IMED1. How much, if anything, have you heard about Barack Obama’s choice of Merrick Garland to be the next Supreme Court justice? Have you heard [READ IN ORDER]?

IMED2A. From what you’ve seen and heard so far, do you think the Senate should or should not confirm Merrick Garland to the Supreme Court?

IMED2A-1. If the Senate DOES NOT confirm Merrick Garland to the Supreme Court, how upset would you be (READ)

IMED2A-2. If the Senate DOES vote to confirm Merrick Garland to the Supreme Course, how upset would you be (READ)

IMED2B. From what you’ve seen and heard so far, do you think the Senate should or should not confirm Merrick Garland to the Supreme Court – or are you unsure?

IMED2B-1. If the Senate DOES NOT vote to confirm Merrick Garland to the Supreme Court, how upset would you be (READ)

IMED2B-2. If the Senate DOES vote to confirm Merrick Garland to the Supreme Court, how upset would you be (READ)

I have one last set of questions to help us better understand the people who took part in our survey.

SEX Respondent’s sex [DO NOT ASK]

EMPLOY Are you now employed full-time, part-time, or not employed?

PAR Are you the parent or guardian of any children under 18 years of age?

AGE What is your age?

EDUC What is the highest level of school you have completed or the highest degree you have received? [DO NOT READ]

HISP Are you of Hispanic or Latino origin, such as Mexican, Puerto Rican, Cuban or some other Spanish background?

RACE What is your race? Are you white, black, Asian, or some other race? [IF RESPONDENT SAYS HISPANIC OR LATINO, PROBE: Do you consider yourself a WHITE (Hispanic/Latino) or a BLACK (Hispanic/Latino)?

INC Last year – that is, in 2015 – approximately what was your total family income before taxes? Just tell me when I get to the right category.

INC1 [IF “DON’T KNOW” OR “REFUSED”, ASK:] Keeping in mind that this is a completely confidential survey, can you please tell me if your total household income BEFORE taxes last year was over or under $75,000?

REG Which of these statements best describes you? [READ IN ORDER]

PARTY In politics TODAY, do you consider yourself a Republican, Democrat, or Independent?

That completes the interview. Thank you very much for your time and cooperation. Have a nice day/evening.

The PSRAI April 2016 Omnibus Week 1 obtained telephone interviews with a nationally representative sample of 1,000 adults living in the continental United States. Telephone interviews were conducted by landline (500) and cell phone (500, including 318 without a landline phone). The survey was conducted by Princeton Survey Research Associates International (PSRAI). Interviews were done in English and Spanish by Princeton Data Source from April 7-10, 2016. Statistical results are weighted to correct known demographic discrepancies. The margin of sampling error for the complete set of weighted data is ± 3.6 percentage points.

Details on the design, execution and analysis of the survey are discussed below.

A combination of landline and cellular random digit dial (RDD) samples was used to represent all adults in the continental United States who have access to either a landline or cellular telephone. Both samples were provided by Marketing Systems Group (MSG) according to PSRAI specifications.

Numbers for the landline sample were drawn with equal probabilities from active blocks (area code + exchange + two-digit block number) that contained one or more residential directory listings. The cellular sample was not list-assisted, but was drawn through a systematic sampling from dedicated wireless 100-blocks and shared service 100-blocks with no directory-listed landline numbers.

Interviews were conducted from April 7-10, 2016. As many as three attempts were made to contact every sampled telephone number. Sample was released for interviewing in replicates, which are representative subsamples of the larger sample. Using replicates to control the release of sample ensures that complete call procedures are followed for the entire sample. Calls were staggered over times of day and days of the week to maximize the chance of making contact with potential respondents. Each phone number received at least one daytime call when necessary.

For the landline sample, interviewers asked to speak with the youngest adult male or female currently at home based on a random rotation. If no male/female was available, interviewers asked to speak with the youngest adult of the other gender. This systematic respondent selection technique has been shown to produce samples that closely mirror the population in terms of age and gender when combined with cell interviewing. Prior to dialing, the landline sample was scrubbed of numbers that have been ported to wireless service by comparing the sample file to the most recently available Intermodal Ported Telephone Number Identification Service database.

For the cellular sample, interviews were conducted with the person who answered the phone. Interviewers verified that the person was an adult and in a safe place before administering the survey.

Weighting is generally used in survey analysis to compensate for sample designs and patterns of non-response that might bias results. The sample was weighted to match national adult general population parameters. A two-stage weighting procedure was used to weight this dual-frame sample.

The first stage of weighting corrected for different probabilities of selection associated with the number of adults in each household and each respondent’s telephone usage patterns. This weighting also adjusts for the overlapping landline and cell sample frames and the relative sizes of each frame and each sample.

This first-stage weight for the ith case can be expressed as:

Where SLL = the size of the landline sample

FLL = the size of the landline sample frame

SCP = the size of the cell sample

FCP = the size of the cell sample frame

ADi = Number of adults in household i

LLi=1 if respondent has a landline phone, otherwise LL=0.

CPi=1 if respondent has a cell phone, otherwise CP=0.

Weighting was accomplished using SPSSINC RAKE, an SPSS extension module that simultaneously balances the distributions of all variables using the GENLOG procedure. Weights were trimmed to prevent individual interviews from having too much influence on the final results. The use of these weights in statistical analysis ensures that the demographic characteristics of the sample closely approximate the demographic characteristics of the national population. Table 1 compares weighted and unweighted sample distributions to population parameters.

Post-data collection statistical adjustments require analysis procedures that reflect departures from simple random sampling. PSRAI calculates the effects of these design features so that an appropriate adjustment can be incorporated into tests of statistical significance when using these data. The so-called “design effect” or deff represents the loss in statistical efficiency that results from unequal weights. The total sample design effect for this survey is 1.37.

PSRAI calculates the composite design effect for a sample of size n, with each case having a weight, wi as:

In a wide range of situations, the adjusted standard error of a statistic should be calculated by multiplying the usual formula by the square root of the design effect (√deff ). Thus, the formula for computing the 95% confidence interval around a percentage is:

where is the sample estimate and n is the unweighted number of sample cases in the group being considered.

The survey’s margin of error is the largest 95% confidence interval for any estimated proportion based on the total sample— the one around 50%. For example, the margin of error for the entire sample is ±3.6 percentage points. This means that in 95 out every 100 samples drawn using the same methodology, estimated proportions based on the entire sample will be no more than 3.6 percentage points away from their true values in the population. The margin of error for estimates based on the form split is ±5.3 percentage points. It is important to remember that sampling fluctuations are only one possible source of error in a survey estimate. Other sources, such as respondent selection bias, questionnaire wording and reporting inaccuracy, may contribute additional error of greater or lesser magnitude.