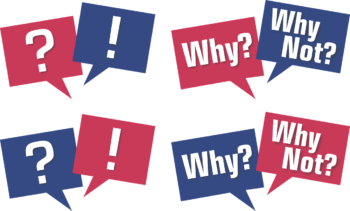 Everyone is abuzz after BuzzFeed published an unverified document alleging to be a round-up of Donald Trump intel memos.  BuzzFeed threw the whole bundle of memos online, warning readers they were unverified and contained errors, but justifying the move as newsworthy for the public.

However, another important facet of this story is how other media outlets are handling the document in question. On Twitter, many journalists said they had been offered the same scoop as BuzzFeed but ultimately decided against publication because they couldn’t fully vet the document.

Below, iMediaEthics has collected how some outlets have handled the document. Did your newsroom receive the document and decide against publishing, or only publishing certain information? Let us know (info-at-imediaethics.org) and we’ll update.

For Trump’s part, he predictably tweeted:

CNN didn’t publish the lengthy document, although it did publish the two-page summary. Its article reported that there were “classified documents presented last week to President Obama and President-elect Trump” about claims of Russian intelligence that could be used against Trump. CNN noted “the FBI is investigating the credibility and accuracy of these allegations, which are based primarily on information from Russian sources, but has not confirmed many essential details in the memos about Mr. Trump.” CNN further reported that the information had been “circulating” in Washington and intelligence chiefs wanted to make sure Trump knew about it.

CNN’s article detailed the vetting it attempted to do in regards to the document:

“CNN has reviewed a 35-page compilation of the memos, from which the two-page synopsis was drawn. The memos originated as opposition research, first commissioned by anti-Trump Republicans, and later by Democrats. At this point, CNN is not reporting on details of the memos, as it has not independently corroborated the specific allegations. But, in preparing this story, CNN has spoken to multiple high ranking intelligence, administration, congressional and law enforcement officials, as well as foreign officials and others in the private sector with direct knowledge of the memos.”

BuzzFeed published the full packet of memos but noted just below the headline that “the allegations are unverified, and the report contains errors.” The first line of the story flags that the claims are “unverified” and the article notes that the document “includes specific, unverified , and potentially unverifiable allegations.” The BuzzFeed story also flags two errors in the document and that it was “prepared for political opponents of Trump by a person who is understood to be a former British intelligence agent.”

Why, then, amidst all the unverified, unchecked information did BuzzFeed publish?

BuzzFeed explained, “The documents have circulated for months and acquired a kind of legendary status among journalists, lawmakers, and intelligence officials who have seen them.” CNN reported on the summary of the report today, and Mother Jones “referred to the documents” a few months ago.

BuzzFeed’s editor-in-chief Ben Smith told staff “publishing this document was not an easy or simple call,” but since it is being discussed, a lot of people already had the document, and “we have always erred on the side of publishing,” BuzzFeed decided to go ahead and “share what we have with our readers.”

Smith tweeted a screenshot of his e-mail to staff.

Here's the note I sent to @buzzfeednews staff this evening pic.twitter.com/OcAloWzVzb

iMediaEthics contacted BuzzFeed, whose publicist Katie Rayford pointed us to Smith’s memo above and specifically flagged the line in the story that reads: “Now BuzzFeed News is publishing the full document so that Americans can make up their own minds about allegations about the president-elect that have circulated at the highest levels of the US government.”

Buzzfeed's decision to publish those documents is gonna be debated.

David Corn at Mother Jones, who was referenced in the BuzzFeed story, tweeted that he didn’t upload the documents because he couldn’t vet the claims.

1. For those asking, I didn't publish the full memos from the intelligence operative because I could not confirm the allegations.

2. I believed it was fair & responsible to note that a credible source had provided FBI allegations of Moscow op to co-opt Trump.

Ken Vogel at Politico tweeted that Politico also heard months ago about the document’s unverified claims about Trump’s stay in a Ritz-Carlton but didn’t publish because it couldn’t vet the claims.

We chased Ritz-Carlton story in Sept. But we were skeptical about the golden showers bit, which seemed too icky for a germophobe like Trump.

To be clear: we couldn't corroborate the story, which is why we didn't publish anything. Not because this particular part seemed doubts. https://t.co/sEpgY2deXb

Likewise, Julia Ioffe at the Huffington Post also tweeted she didn’t report on the document “because it was impossible to verify.”

Okay, fellow journalists, raise your hand if you too were approached with this story. (I was.)

Because it was impossible to verify. (I tried.)