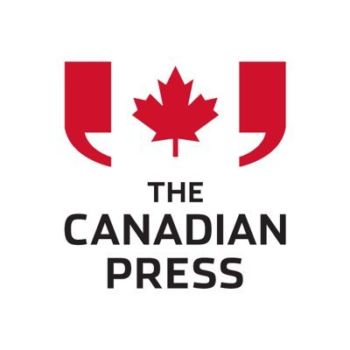 The Canadian Press’s James McCarten, the acting Ottaway bureau chief and stylebook editor for the Canadian Press, explained to iMediaEthics that while the Canadian Press has an anonymous source policy, it wasn’t “properly followed nor efficiently enforced.” He said the article was intended to profile Wilson-Raybould, a former justice minister and former attorney general, given the controversy surrounding her allegations she was “improperly pressured” by the government in handling a corruption case.

McCarten told iMediaEthics that Wilson-Raybould didn’t complain but another reader did.

The story didn’t just break guidelines for allowing anonymous sources to speculate or offer opinion, but also because it didn’t say why the sources were granted anonymity, McCarten added, noting “a senior manager was not consulted” before publication.

Moving forward, the Canadian Press reminded staff of its anonymous source policy. “Because anonymous sourcing tends to occur most often in political circles, we here in Ottawa have taken pains to re-emphasize with staff the importance of following the standards and clear and detailed guidance as it is laid out in the Stylebook,” he noted.

Toronto Star public editor Kathy English flagged the apology in her recent column about the Canadian Press report on Jody Wilson-Rayblould. She noted that the Star published the Canadian Press report, but edited it to remove some of the anonymous criticisms. According to English, Star staffer Patrick Ho raised questions about the article, telling her it was a “cheap potshot.”

Public Editor’s Note — February 10, 2019: This article, distributed by The Canadian Press on Feb. 9, was edited by the Star to align with the Star’s journalistic standards on granting anonymity to confidential sources.

“We do not provide anonymity to those who attack individuals or organizations or engage in speculation — the unattributed cheap shot.

“People under attack in our publications have the right to know their accusers.”

Then the Star added a new lengthy note with the Canadian Press statement on March 6.

March 6, 2019: Subsequent to the Star’s publication of this article, and following an internal review, The Canadian Press issued a statement to indicate that its original story did not meet CP’s standards for granting anonymity to sources. CP has apologized for falling short of its journalistic standards.

Here is the full March 6 statement of the Canadian Press:

On Feb. 9, The Canadian Press distributed a story profiling federal Liberal MP Jody Wilson-Raybould after a Globe and Mail report accused members of Prime Minister Justin Trudeau’s office of trying to pressure the then-attorney general to intervene in the prosecution of Montreal engineering firm SNC-Lavalin. The story included a number of quotes and paraphrased comments critical of Wilson-Raybould’s style from unnamed sources.

Following an internal review, we have determined that the story did not meet CP’s standards and procedures for how to handle sources who are only willing to speak to reporters on condition of anonymity. The Canadian Press Stylebook, which sets out our policies and principles, restricts the use of anonymous material to “information — not speculation or opinion — that’s vital to the report.” The quotes and some of the comments attributed to the sources were clearly speculation or opinion.

In addition, CP policy stipulates that when a story cites an anonymous source, a detailed explanation be included to explain to readers why granting anonymity was justified. The report in question made only broad reference to people on Parliament Hill refusing to go on the record about the Wilson-Raybould affair for fear of political or personal recriminations. More details about the sources to establish their credibility should have been included.

When it comes to unnamed sources, our Stylebook reads, in part, as follows: “There are of course many situations when people with information important to the public insist on concealing their identity for understandable reasons. The Canadian Press would be foolish, and in some cases irresponsible, never to grant anonymity in news copy, but it can show leadership in working to stop misuse of unnamed sources.”

The Canadian Press has detailed policies on the handling of anonymous sources. They were not followed in this case. We will redouble our efforts to ensure that our journalists use unnamed sources carefully, sparingly and only when circumstances demand it.

CP apologizes to its readers and clients for falling short of our standards.