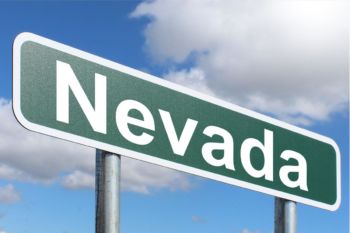 There was a significant ruling on shield law for journalists in Nevada this month.

The ruling pertains to Nevada county commissioner and brothel owner Lance Gilman’s libel lawsuit against online news site the Storey Teller, which reported questions about his county residency status. Gilman wanted to know Storey Teller editor Sam Toll’s sources. In the March ruling, Judge Wilson ruled Toll wasn’t protected under shield law because he wasn’t a member of the Nevada Press Association at the time of the stories or a reporter for a newspaper.

Then, Toll appealed to the state’s Supreme Court, the ruling summarizes. The Supreme Court noted that it agreed with the district court ruling that Toll is a reporter.

But the Storey Teller appealed that ruling and the state’s Supreme Court ruled. “Nevada’s shield law, which was written before the advent of the Internet, doesn’t list online news organizations, but it does include newspapers, radios and television stations,” the Reno Gazette Journal reported. The Gazette Journal uploaded the Supreme Court ruling from Dec. 5.

The ruling finds that digital media does have protection under the shield law, but noted the court didn’t “address the specific question of whether or not petitioner Sam Toll qualifies for such protection as blogger.” It then called on the district court to “reconsider whether Toll’s blog falls within the protection of the news shield statute.”

“While we decline to resolve whether or not a blog falls under the definition of a newspaper, we conclude that a blog should not be disqualified from the news shield statute under” the shield law “merely on the basis that the blog is digital, rather than appearing in an ink-printed, physical form,” the ruling states.

Toll told iMediaEthics by e-mail, “At a time when it is both difficult and dangerous to be a journalist, I am encouraged by Nevada’s Supreme Court ruling.  The ruling confirms what I believe everyone takes for granted in today’s digital age; online journalists are real journalists and deserve the protection of Reporter Shield Laws.”

He continued, “I am humbled to have been a part of protecting the rights of those who investigate news and print their work online.” Toll called the ruling “a major victory for journalists in Nevada and across the country.”