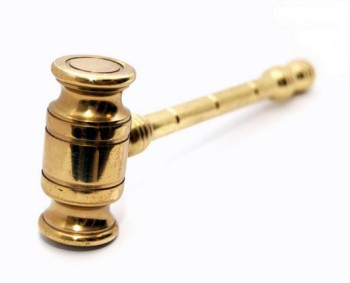 Umarova and her family are suing over claims that the family was connected to the April 2013 Boston Marathon bombers and were being monitored by investigators.

Heda’s father, Hamzat Umarov, filed the lawsuit on behalf of himself and his children, Heda, Hawa and Adam, saying the reporting was defamatory to suggest that Heda is an “Islamist terrorist, has materially supported the Islamic State or other Islamist terrorists, and/or is suspected by the FBI for various terrorism and immigration-related offenses.”

The March 2014 article was written by ABC News freelancer Michele McPhee, who, the lawsuit claims, “began coming to the Umarovs’ residence and demanding interviews” in the fall after the Marathon bombings.  The family alleges McPhee was “harassing all persons coming into or out” of their building. The lawsuit states that the family “refused [McPhee’s interview requests]…on the advice of the FBI.”

Despite the lack of cooperation from the Umarov family, McPhee wrote her article, headlined “Feds Searching for Friend of Boston Marathon Suspect, ‘Concern’ Over Chechnya Trip. Of Heda Umarov, the article claimed that “U.S. counter-terrorism officials are attempting to track down a female friend of the accused Boston Marathon bomber after she traveled to Chechnya last year and is believed to have since posted ‘alarming’ jihadi imagery online.”

The article claimed Heda had been posting “depictions of Chechen jihadis brandishing weapons and a photoshopped image of a U.S. passport in a carry-on bag bearing the black flag of jihad.”  But the family’s lawsuit says that Heda Umarova’s name is a “common name” and she never posted the “jihadi imagery” in question.

The Umarovs are U.S. citizens, according to the lawsuit, and the father, Hamzat, was born in Chechnya. The lawsuit states that the Umarov family knew the Tsarnaev family but that Heda wasn’t friends with Dzhokhar Tsrarnaev and the family didn’t have “anything to do with the bombing or any terrorist attack.”

The article also claimed investigators were monitoring Heda and her brothers. On the other hand, the lawsuit says that authorities weren’t investigating the family and that after the Boston Marathon bombings, the family actually went forward to local police to “offer any assistance.”

Regarding the article’s claims about Heda still being in Chechnya,  the lawsuit explains the family went on a pre-planned trip to Chechnya the summer of the Boston Marathon bombings. While in Chechnya, Heda “met a man, and with the approval of her parents, stayed in Chechnya to pursue a relationship with him.”

The family said in the lawsuit that the news attention has had a serious impact including that the family has trouble traveling internationally and has lost friends, relationships or jobs.

In addition to suing McPhee, McPhee Productions and ABC News, the family is suing some news outlets that re-published the claims from the ABC News article, including the Daily Mail, Heavy, Inc., News Corp. Australia, DMG Media, the New York Daily News and Pamela Gellar, the Boston Herald noted.

The Boston Herald credited Universal Hub as the first outlet to report on the lawsuit. Universal Hub uploaded the Feb. 11 lawsuit here.

iMediaEthics has written to McPhee and ABC News for comment on the lawsuit. We’ve also reached out to the Umarov family for comment.

Hat Tip: It’s Good to Live in a Two-Daily Town