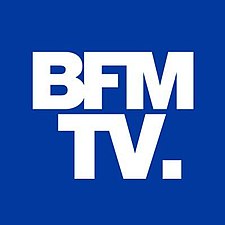 French journalist Emmanuel Lechypre apologized after commenting that the Chinese were “burying the Pokemons” in reference to the burials of coronavirus victims in China.

In a statement on its website, via Google Translate, BFM TV called the comments “totally inappropriate” and said it “took the decision to withdraw the journalist Emmanuel Lechypre for a period of one week.”

The statement continued, “These words are perfectly contrary to the values ​​which have always driven Emmanuel Lechypre.”

In an April 4 apology tweet, Lechypre wrote, according to a Google translate, that he made an “inappropriate” remark when he thought he was off-air.

“This morning on BFM TV, I allowed myself a totally inappropriate remark during the broadcast of a tribute to the victims of the virus in China. These inappropriate comments were broadcast on the air when I thought the microphones were closed. I sincerely apologize.”