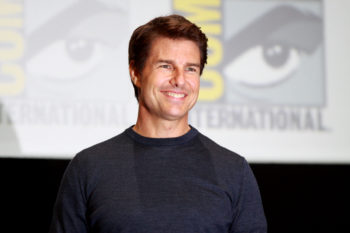 Are Church of Scientology founder David Miscavige and Tom Cruise really in a “bromance,” and is Miscavige secretly taping Cruise?

The Mail Online said as much in a story headlined “Exclusive: inside the ‘bromance’ of Tom Cruise and Scientology founder David Miscavige: How they gamble and smoke cigars together and share a special language – but Miscavige secretly recorded the movie star.”

After the article appeared, Miscavige complained to the UK press regulator the Independent Press Standards Organisation.

The basis for the article was “exclusive interviews” with former Scientology members. It claimed Cruise was “Scientology royalty” and the church wanted to “impress” the movie star and one of his friends. The article said, among other things, that the former head of security for the church claimed that Miscavige installed secret video cameras to tape members.

iMediaEthics has contacted the Mail Online and the Church of Scientology for comment. Cruise apparently didn’t complain.

Miscavige denied the claims, noted his representatives denied them before publication to the Mail Online, and talked to “disaffected former members.” Miscavige also said church members knew when they were recorded and about the impress claims.

But, the Mail did tell Miscavige that the newspaper stood by its sources  and its claims, and told IPSO Miscavige’s response to its story was “unpublishable.” However, the Mail Online did update its story with Miscavige’s denial. The story says in part:

“David Miscavige has denied that hidden cameras were used to secretly record the auditing sessions of Tom Cruise and others ‘for his own personal entertainment’ and that he had a soccer field ‘laser levelled out’ to impress David Beckham. He also denies that he ordered Sea Org members to have a field ‘turned into a meadow of flowers’ to impress David Beckham, and that he returned from a gambling trip to Las Vegas with Tom Cruise with ‘bundles of cash’ and that they lived in luxury while others worked in ‘harsh working conditions’.”

IPSO said the story was in its jurisdiction and that the Mail didn’t properly report Miscavige’s denials. “The Committee was unable to conclude that the steps taken prior to publication showed that Mail Online had taken care not to publish inaccurate, misleading or distorted information,” IPSO said. The Mail Online has to post the ruling on its website.