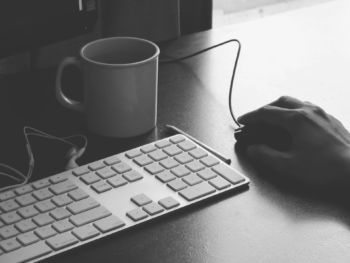 iMediaEthics’ most read stories published in 2019 by unique page views.

The New Zealand Herald published on its website a photo of naked women protesting sexual assault. The New Zealand Media Council reviewed the matter and concluded it didn’t break press standards because it wasn’t “gratuitous” and “accurately portrays an event which took place on a public street, and this publicised a powerful protest about violence against women.” Read the article.

9. Oklahoma anchor said her black co-anchor looked like a gorilla at the zoo; he accepts her apology.

Oklahoma City ABC_affiliate KOCO News anchor Alex Housden apologized this summer on air after she remarked during a report on the local zoo hat her co-anchor Jason Hackett, who is black, looked like a gorilla. Read the article.

Jermaine Jackson used the UK press regulator the Independent Press Standards Organisation this year to complain about a UK Sun article about allegations of child molestation against his deceased brother, singer Michael Jackson. Jackson denied the Sun’s report that he doubted his brother, but IPSO rejected his complaint. Read the article.

In January, the National Association of Hispanic Journalists criticized the New York Times podcast The Daily after it featured Times journalists swimming across the Rio Grande. The NAHJ called the “manufactured border crossing” “ignorant” and noted it “excludes immigrant voices.” Read the article.

5. Priyanka and Nick Jonas are not divorcing? OK! retracts

In August, Australian columnist Andrew Bolt criticized teen climate change activist Greta Thunberg, who was recently named Time Person of the Year and has Asperger’s. Bolt called her “deeply disturbed,” and remarked “I have never sen a girl so young and with so many mental disorders treated by so many adults as a guru. Read the article.

This was a story inside a story. In May, the BBC fired host Danny Baker for a tweet about Prince Harry and Meghan Markle’s baby Archie. The tweet featured a couple holding hands with a chimpanzee. But this May story was about Lexington, Kentucky NBC-affiliate WLEX anchor Lee Cruse, who talked about the BBC host’s tweet, calling the host his “new favorite disc jockey” and arguing the tweet “didn’t have to be” racist. WLEX pulled Cruse from the air for a week and criticized his “lack of judgment.” Read the article.

iMediaEthics reported in April on the UK broadcast regulator OfCom’s ruling against Talk Radio’s George Galloway show from July 2018. The three-hour program featured a length defense of UK Labour leader Jeremy Corbyn against allegations of anti-Semitism, but OfCom found that broke guidelines for due impartiality. Read the article.