Daily Mail: 'We accept that Ms Rowling's article did not contain any false

Daily Mail: ‘We accept that Ms Rowling’s article did not contain any false claims’ 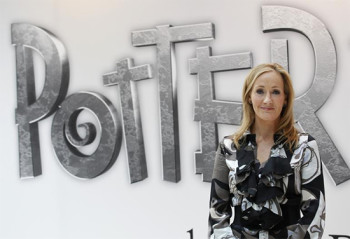 The UK Daily Mail must pay JK Rowling “substantial damages” and had to publish a correction and apology after wrongly saying author JK Rowling lied about church members were cruel to her, the Press Gazette reported.

Rowling sued for libel over the Mail’s September story suggesting Rowling lied in a first-person article about being a single mother, as iMediaEthics wrote.

The Mail published a correction and apology on May 6 online and in print. The statement reads:

“Our September 28, 2013 article “How JK’s sob story about her past as a single mother has left the churchgoers who cared for her upset and bewildered” suggested that JK Rowling had made a knowingly false and inexcusable claim in an article for the Gingerbread charity that people at her church had stigmatised her and cruelly taunted her for being a single mother. In fact Ms Rowling recounted only one incident where a visitor to the church stigmatised and taunted her on a particular day. We accept that Ms Rowling’s article did not contain any false claims and apologise for any contrary suggestion and have agreed to pay damages to Ms Rowling, which she is donating to charity, and a contribution to her legal costs.”

iMediaEthics wrote last month about the news that the correction was promised, but at that time the Mail and Rowling hadn’t agreed on a payment.

Daily Mail: ‘We accept that Ms Rowling’s article did not contain any false claims’