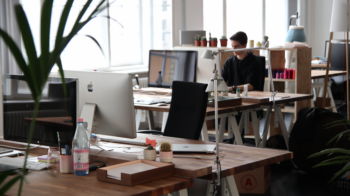 In the past few months, many members of media outlets, including Tavis Smiley, Charlie Rose, Matt Lauer and Garrison Keillor, have been fired or suspended during or after investigations into their conduct. Below, a roundup of some of the latest sexual misconduct allegations:

Boston University and NPR-affiliate WBUR suspended radio host Tom Ashbrook following allegations against him. The university and station announced the suspension in a vague statement on Dec. 8, which notes an “outside organization” would review the claims. A few days later, WBUR reported more details of the allegations against Ashbrook including claims of “tirades,” “name calling and belittling critiques,” “‘creepy’ sex talk, hugs and back or neck rubs.”  In response, Ashbrook said he was “stunned” and unaware of the details of the allegations.

The New Yorker fired reporter Ryan Lizza on Dec. 11 after an allegation of “improper sexual conduct.” In his response, Lizza claimed he was fired over a “respectful relationship with a woman I dated,” and called the firing “a terrible mistake.” Wigdor LLP, the law firm representing the woman who made the allegation, denied it was a “respectful relationship” and said the woman wants to “remain confidential.”

The New Yorker has severed ties with Ryan Lizza in response to behavior the magazine believes to be “improper sexual conduct." Full statement: pic.twitter.com/a1PAb5Vkao

Wigdor releases a statement saying the firm is representing a victim of Ryan Lizza's misconduct pic.twitter.com/WfDwXJxefG