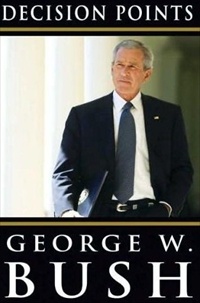 iMediaEthics is fact-checking those claims with the allegedly victimized news outlets listed by Huffington Post.  The first response that we have gotten is from the Washington Post’s Dan Balz, who shares a byline on a 2007 story from which the Huffington Post claimed Bush used material.

The Huffington Post claimed that Bush used comments by John McCain in that story to suggest a personal conversation between the two politicians.  However, McCain’s comments on the surge of troops in Iraq were made to the Washington Post reporters.

While the Huffington Post faulted Bush for his use of the comments, Balz explained to iMediaEthics that he doesn’t think Bush’s retelling of the story amounts to Bush’s suggesting McCain’s comments were in a “private conversation.”  Balz wrote by e-mail:

“After looking at the story Shailagh Murray and I wrote, based on our interview with McCain, and reading President Bush’s book, I don’t believe he suggests that this was a private conversation between the two of them. He makes the point, accurately, that McCain did not try to keep his distance from Bush with regard to the surge when it might have been in his political interest to do so. In fact, McCain’s advisers urged him to create some space with Bush over the surge (at the time McCain favored sending even more troops) in the event that it didn’t work, but he would not do so publicly,” Balz wrote.

Here’s one of the Huffington Post’s side-by-side comparisons of the Decision Points text and the text from the Washington Post. Note: there is a difference between sharing public information and copying and pasting, which doesn’t seem to be the case here. For example, in this particular case below, the problem seems to be the absence of attribution to the Post for its interview with McCain.

Decision Points, p. 379: “The surge gave [McCain] a chance to create distance between us, but he didn’t take it. He had been a longtime advocate of more troops in Iraq, and he supported the new strategy wholeheartedly. ‘I cannot guarantee success,’ he said, ‘But I can guarantee failure if we don’t adopt this new strategy.'”

The Washington Post, Jan. 13, 2007: “Although the Bush administration this week finally embraced his long-standing call to send more troops to Iraq, McCain believes the way it has handled the war ‘will go down as one of the worst’ mistakes in the history of the American military. … McCain made it clear that he supports Bush’s plan to send more than 20,000 additional U.S. troops to Iraq as the only way to prevent that country from slipping further into chaos. ‘I cannot guarantee success, but I can guarantee failure if we don’t adopt this new strategy,’ he said.”

According to Grim, the book consists of “mash-up of worn-out anecdotes from previously published memoirs written by his subordinates, from which Bush lifts quotes word for word, passing them off as his own recollections.”

Meanwhile, The Wrap noted the Crown Publishing Group responded to Grim’s claims and attributed any similarities in news reports and Bush’s account to historical fact.

“The allegation that President Bush took passages from other published sources is baseless and frankly ridiculous,” David Drake, of Crown Publishing Group, reportedly said in a statement, the Wrap reported.

“Grim takes issue with the fact that President Bush’s recollections correspond closely with previous accounts. Books of this nature, which describe historical fact, inevitably share common primary sources. Grim also complains that the quotes President Bush attributes to himself in Decision Points are found in other places. President Bush is of course the best source for what he has said, and it is not surprising that his recollections conform with what others have previously reported.”

Bush reportedly states he “largely wrote the book himself,” but did note in his acknowledgments that Peter Rough completed “much of the research” and former speechwriter Christopher Michel also helped, Grim noted.

iMediaEthics has written to BBC and Time asking about the Huffington Post claims about their work being “lifted.” We will update with any response.

Grim’s post was re-reported by Politico, Newser, and the Wrap.  Gawker questioned how serious the “lifting” claims are though, noting that in several of the incidents, Bush was there.  Should he have recounted the stories in his memoir by saying — As [this book] first reported? — Gawker wondered.

But, The Huffington Post isn’t the only one to criticize the book.  A former German chancellor, Gerhard Schroder, is quoted as saying Bush “is not telling the truth” in the memoir, CBS News reported.  Schroder criticized Bush’s re-telling of their 2002 conversation where Bush said Schroder supported the Iraq war and then changed his position come election time.  But Schroder asserts he only offered support if Iraq and al Qaeda could be linked. 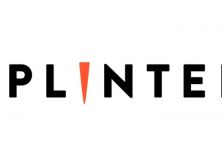