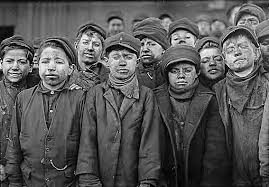 The story originated from the National Report, a satire site that published a story called “Michele Bachmann suggests Labor Camps for Immigrant Children,”  It was then lifted and re-published on the website KCTV7 News, which looks like a local Kansas City TV news station’s website, but in fact appears to publish fake stories.

Talking Points Memo reported that there is a Kansas City TV news station with the call letters KCTV but it is KCTV5, not KCTV7. Plus, iMediaEthics notes that KCTV.com’s homepage includes headlines like

Think Progress, The Daily Kos and Crooks and Liars all published stories based on KCTV 7’s story, which as Gawker noted plagiarized the National Report’s satire story.

Think Progress corrected its story, using strike-through to cross out all of its story. It also posted an “update” that reads:

“The news site KCTV7 News is a parody. Rep. Bachmann (R-MN) never made the statement. We sincerely regret the error.”

“Rep. Michele Bachmann (R-MN) has an unusual solution to the crisis of unaccompanied migrant children coming across America’s southern border: put them in camps and put them to work.”

“(UPDATE: It appears we were duped and this story is from a satire site. We apologize for the error.)”

There’s also an “endnote” at the bottom of the article from the author that reads:

“Yeah, I got pwned. How sad is it that it was just this side of realistic enough to believe in the first place. When you have a reputation for making outrageous and ridiculous comments, it becomes easier and easier to believe something that should have been dismissed out of hand. Live and learn.”

National Report previously duped an MIT Science blog with a false story claiming solar panels are draining the sun, as iMediaEthics wrote last month. Last year, Fox News aired a false story based on the National Report’s claims President Obama was going to personally pay for a Muslim museum amidst the government shutdown.