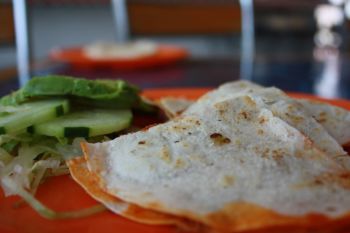 But, NBC New York, for one, has now retracted its article, explaining the cancer research didn’t actually find what NBC New York claimed. The original March 5 headline was “Are Tortillas a Weapon against Cancer? Researchers say yes.”

According to a cache of the story on Twitter, the article read, in part, “Mexican researchers found that tortillas could actually help in the prevention of human papillomavirus infections and cervical cancer, Telemundo reports.” NBC New York’s editor’s note said:

“A story on the purported health benefits of corn tortillas for certain types of cancer has been withdrawn. The university that conducted the cancer research says it did not study any link with tortillas or corn products. “

Sinclair spokesperson Robert Ford told iMediaEthics by e-mail, “The story was syndicated from another news source, but once we understood the claims to be debunked, we retracted syndication and have issued a clarification on all sites where the story appeared. This is protocol for web-only stories.”

He pointed to the clarification posted on CBS Austin’s website as an example, which reads:

“EDITOR’S NOTE: The story, reported by other media outlets, about tortillas curing cancer and other serious illnesses was disproved by experts. For that reason, we removed it from this site.”

According to Vice, “On Tuesday, Telemundo picked up a supposed study by the National Autonomous University of Mexico (UNAM). Telemundo had reported that there was allegedly a decreased risk of human papillomavirus—commonly known as HPV—transmission in people who ate corn tortillas. ” iMediaEthics has attempted to contact UNAM for more information about its work.