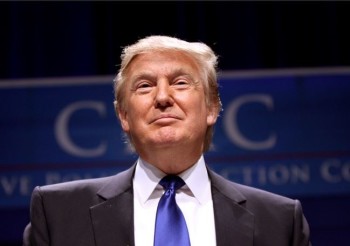 In announcing his candidacy for U.S. president in 2016, Donald Trump’s Mexican immigrants were slammed as derogatory. Trump said:

NBC distanced itself from Trump on Thursday, saying in a statement according to Entertainment Weekly: “Donald Trump’s opinions do not represent those of NBC, and we do not agree with his positions on a number of issues, including his recent comments on immigration.”

NBC News’ Lester Holt noted the position on NBC Nightly News  and disclosed Trump’s relationship when reporting on the controversy over his comments.

NBC has a relationship with Trump, airing his show Celebrity Apprentice. After his announcement, NBC said  “We will re-evaluate Trump’s role as host of ‘Celebrity Apprentice’ should it become necessary, as we are committed to this franchise.”

Spanish-language Univision said it wouldn’t broadcast the Miss Universe pageant after Trump’s comments. Trump is a co-owner of the pageant. Univision said, according to Ad Week: “it is ending the Company’s business relationship with the Miss Universe Organization, which is part-owned by Donald J. Trump, based on his recent, insulting remarks about Mexican immigrants.”

Univision went on, “At Univision, we see first-hand the work ethic, love for family, strong religious values and the important role Mexican immigrants and Mexican-Americans have had and will continue to have in building the future of our country. We will not be airing the Miss USA pageant on July 12th or working on any other projects tied to the Trump Organization.”

Despite the disagreement, Univision said its news division would “continue to provide comprehensive coverage of all candidates including Mr. Trump.”

Trump responded by threatening to sue Univision because he said “they have no termination rights whatsoever” and had several more years on its contract with the pageant.

Earlier this month, Fox News said Trump wouldn’t continue his weekly guest appearances on Fox & Friends after his announcement of his presidential candidacy.