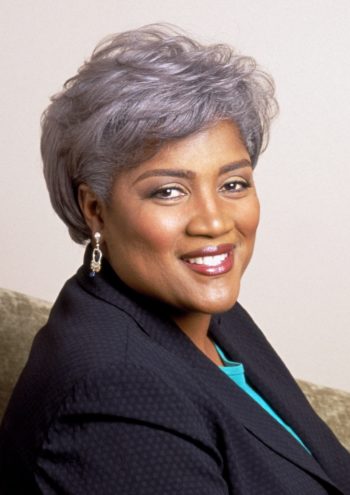 Donna Brazile, the interim Democratic National Committee chair, has resigned from CNN. While she apparently resigned two weeks ago, the resignation was made public this week after an e-mail on WikiLeaks indicated she tipped the Hillary Clinton campaign off to a question at a town hall. It was the second such e-mail.

CNN, which had employed Brazile, a Democratic political strategist, as a commentator, denied giving her access to the questions. She was on leave from CNN when appointed as DNC interim chair.

The latest e-mail was from March 5, 2016 and said Clinton would get a question from a woman asking about Flint, Michigan and lead poisoning. Previously, Brazile sent a question that TV One’s Roland Martin asked during a CNN-TV One town hall to the campaign. Martin told CNN at the time that “my questions were shared with my executive producer and several members of my TV One team” and didn’t say if he had shared them with Brazile.

“On October 14th, CNN accepted Donna Brazile’s resignation as a CNN contributor. (Her deal had previously been suspended in July when she became the interim head of the DNC.) CNN never gave Brazile access to any questions, prep material, attendee list, background information or meetings in advance of a town hall or debate. We are completely uncomfortable with what we have learned about her interactions with the Clinton campaign while she was a CNN contributor.”

Brazile said in a statement, according to USA Today, that she “supported all of our candidates for president,” that she “often shared my thoughts with each and every campaign,” and that she “never had access to questions and would never have shared them with the candidates if I did.”

Brazile told the New York Times she resigned because “I didn’t want CNN to get involved in this WikiLeaks controversy. I didn’t want to put CNN in the middle of what has been a real cyberintrusion.”

Brazile added that CNN “never, never” gave her questions but that she tries to find “as much information as I can possibly get” by talking to as many people as possible before going on air. Brazile further commented to the Times that “I am not going to verify, deny, confirm or even try to make sense out of stolen emails that were hacked.”

Mediaite reported that an anonymous CNN source indicated Brazile found out the Flint water question because she was talking to the woman who asked the question.

Thank you @CNN. Honored to be a Democratic Strategist and commentator on the network. Godspeed to all my former colleagues.

For media, please refer to my October 11th statement. For my friends, don't forget to check your status by going to #IWillVote.com. #Freedom

iMediaEthics has written to Brazile and CNN for further comment.