English newspaper named man who may have HIV - iMediaEthics

English newspaper named man who may have HIV 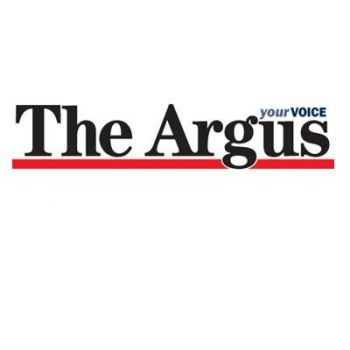 The Brighton Argus, a newspaper in southeast England, published an article in February 2016 that named a local man who may have HIV. That man had been arrested “on suspicion of putting sexual partners at risk of HIV and other sexually transmitted diseases by deliberately tampering with condoms.” The Argus article questioned why his name and photograph hadn’t been released by the police given the potential risk to the public. Because of that risk, the newspaper named the man and published his age and place of birth in the article.

“We named him in the public interest to warn others who may have been in contact with him,” the newspaper’s editor Arron Hendy told iMediaEthics by e-mail May 21.

The man complained at the time of publication to IPSO that his privacy was invaded, saying the newspaper shouldn’t have named him since the police didn’t name him. Further, the man noted he denied that he had HIV and claimed there was no proof he “deliberately tampered with condoms.” While the man complained and the decision was issued back in June 2016, IPSO only recently published the ruling, saying “publication of this decision was delayed for legal reasons.” iMediaEthics has asked the Argus and IPSO who was sued. IPSO said “There were two separate criminal prosecutions – one in England and one in Scotland (ipso not involved in either as criminal matters).”

However, the UK press regulator the Independent Press Standards Organisation ruled in favor of the Argus, saying that the newspaper did not invade the man’s privacy. The article was headlined “Why won’t police say anything about man suspected of causing HIV risks?”

The Argus defended its reporting, saying the police “supplied” his name related to “similar charges” in Scotland and that there weren’t any reporting restrictions there. Scottish authorities had charged the man with rape and sexual assault “on the basis that it was alleged that he was HIV positive and had deliberately endangered his alleged victims,” according to IPSO. Further, the Argus defended its reporting as in the public interest because the police issued a public health alert that may have panicked readers.

“The editor had considered that it was ‘vitally important’ that people who might have had intimate contact with the complainant should be made aware of the allegations that had been made against him so that they could seek testing and medical treatment, if required,” IPSO explained.

IPSO, which kept the man’s complaint anonymous and did not name him in its published report, noted that to identify the man, the newspaper would need “justification.” The Argus proved both public interest and that the man’s alleged HIV status was in the public domain because of his Scottish court appearance and the fact another news outlet named  him about the charges against him in Scotland.

“The justification advanced by the newspaper relied on two points: the fact that information about the complainant’s medical condition had, or was likely to, come into the public domain as a consequence of criminal proceedings in Scotland, and a separate public interest in identifying him as the man arrested in Brighton.”

Because the naming of the man was justified, and the charges were reported accurately, the man’s complaint was dismissed.

English newspaper named man who may have HIV