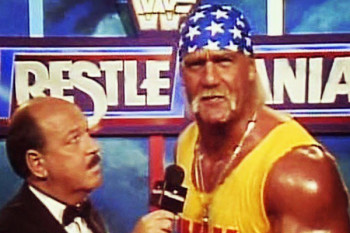 Photo of Hulk Hogan appearing on TV in the 1980s. (Credit: Jacopo Coccia via Flickr)

Hulk Hogan settled his lawsuit against Cox Radio Inc. related to the leak of a sex video involving him in 2016.

Hogan, whose real name is Terry Bollea, accused Calta over conspiring to leak the sex tapes, according to the Tampa Bay Times. Gawker settled Hogan’s lawsuit for $31 million back in 2016 and unpublished three articles; Florida jury previously ordered the site, which has since shut down, to pay $140 million.

Calta said in an on-air segment this month, “The lawsuit against me as a person who was involved with this was dismissed and I did not enter into a settlement with Hulk Hogan.” He told the Tampa Bay Times, “I did not pay one cent.”

According to the January 2020 court complaint, Hogan initially sued back in 2016 and then amended his lawsuit. The “underlying complaint alleges that Bollea was the victim of an ongoing scheme orchestrated by defendants Calta and Loyd who allegedly victimized Bollea by obtaining, using, disclosing, selling, disseminating, and exploiting surreptitiously-recorded and illegally-obtained footage of Bollea naked, engaged in sexual activity, and having private conversation in a private bedroom.”

The lawsuit alleged that Loyd and Calta “leaked and sold excerpts” of the sex tapes. Loyd and Calta were sued for invasion of privacy, as well as other counts.

iMediaEthics has written to Hogan and Cox Radio.