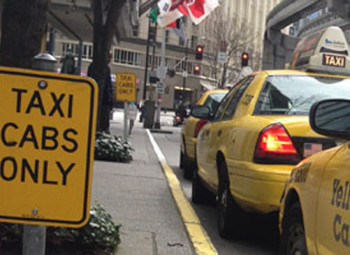 The false story led to Iqbal losing his other job, having suicidal thoughts, and his son hearing questions about him, the Guardian reported. “The article portrayed me as the main guy when in reality there were 10 to 15 staff,” Iqbal told the Guardian about his job in licensing.

“When the article came out, I didn’t know what to do. It’s like my whole world crumbled around me,” Iqbal told the Guardian. “The colour of my skin was the selling point. Put that together with grooming gangs and then – boom.”

iMediaEthics has written to the Mail on Sunday to ask how the error occurred, if the newspaper’s reporter contacted Iqbal before publication and if any staff were disciplined over the story.

Iqbal’s attorney Mark Lewis told iMediaEthics that the Mail contacted Iqbal before publication but he directed them to his employer.

The Mail published an apology statement in its Feb. 1 clarifications and corrections column.

“The Mail on Sunday has apologised to a council worker who it wrongly accused of acting as a ‘fixer’ for cab drivers in Rochdale who were committing crimes against young girls.

“An article on May 14, 2017, published in this newspaper and on the MailOnline website, headlined ‘Scandal of the mini-cab predators’, caused ‘huge and continuing distress’ to Wajed Iqbal, a council licensing officer.

“At the High Court in London, William Bennett QC, representing Mr Iqbal in his libel action against The Mail on Sunday, last week read out a statement agreed with lawyers for the newspaper’s publishers, Associated Newspapers Limited, as part of a settlement.

Mr Bennett QC said: ‘The article made a grave allegation that the claimant was a “fixer” for cab drivers in Rochdale who were committing crimes against young girls.

‘The article also alleged that the claimant was given a warning by his employer, South Ribble Borough Council, for alleged deficiencies in his working practices as a licensing officer.

‘These allegations were false. They have caused huge and continuing distress to Mr Iqbal. ‘Nevertheless, Mr Iqbal is satisfied that the defendant has come to court to offer its sincere apologies to him for making the allegations complained of and to acknowledge that they were false.’

“The court was told that Associated Newspapers had agreed to pay Mr Iqbal substantial damages.”