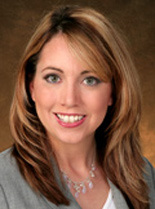 Jessica McBride continues to teach at the University of Wisconsin-Milwaukee's journalism deptartment--even though she admits to having had an affair with a married source. The photo of McBride above was taken from her UWM bio that cites her role as a lecturer on the journalism faculty.

This summer we wrote about freelance journalist and University of Wisconsin-Milwaukee journalism lecturer Jessica McBride’s affair with the city’s police chief Ed Flynn after she had written a profile on him for Milwaukee Magazine.

Daniel Bice of the Milwaukee Journal Sentinel  broke the story after anonymously receiving e-mails and a letter exchanged between McBride and Flynn revealing their relationship. As details about the affair came out, McBride maintained that the relationship began after she completed the profile, thus alleviating her of any ethical conflicts.

At the time, it was uncertain whether McBride would continue to work at the university. Now that the school year has begun, it is clear that she has kept her job and, according to the UWM’s Journalism and Mass Communication Department website, she is teaching Advanced Reporting, Integrated Reporting for Journalism and Documentary, Print and Online News and is listed as an instructor for various independent study courses.  Additionally, McBride continues her role as faculty supervisor for the online student newspaper Frontpage Milwaukee.

Department chair David Pritchard would not comment on the university’s decision to retain McBride nor on any other aspect of the situation. Stinky Journalism spoke with a journalism student who works at the school newspaper, the UWM Post. The student wanted to maintain anonymity and did not want to comment on the situation, but was able to tell us about the university’s official response regarding McBride and Flynn’s affair. According to this student, the school has not acknowledged the situation in any way. When the UWM Post asked McBride for a response to be used in a summer recap article, they were provided with the same personal statement McBride released to the Journal Sentinel. We have not been able to find an official statement from the department or school and we are waiting to hear back from a university spokesperson to confirm this.

Andy Schotz, chair of the Society of Professional Journalists ethics committee, thinks that this lack of response is not sufficient. “It’s an awkward situation, but not something that you can pretend didn’t happen,” said Schotz. “Students might be curious about this — it got a lot of publicity and if you’re confident about the decision to have her as a teacher, then explain it.”

While Schotz doesn’t think that the affair automatically disqualifies McBride from having a teaching position, he does think that the university should be more transparent about the decision to keep her on as a faculty member. “[The school] does need to be open about what her past has been and what happened in this situation because students and their parents are entitled to know and then make up their own minds” he explained.

Schotz suggested that at the beginning of each semester the school and McBride could provide information about the situation and field questions from students. Keeping an official statement posted on the department or school website, Schotz said, might be another way to address the issue. “People have come to her defense and said that she’s a good teacher, but there might be people who don’t accept that she can be effective considering what she’s been through…[the school] might want to consider what an editor or reporter should be trying to do about in terms of accountability, responding to criticism, and not trying to hide if people have complaints.”

Although McBride contends that the affair doesn’t pose a professional ethical problem because it began after her profile had been submitted, Schotz believes that the ethical questions aren’t resolved so easily: “You cannot simply end the conversation by looking at the dates. Regardless of what happened when, there’s still a perception that she can’t control about how she was treating this man in her profile.”

Schotz said that after he reviewed the details of the story, he felt that the issue was murkier than McBride made it out to be. “When you read that she was corresponding with her source and saying things like, ‘I don’t want you to be attacked unfairly'” — see paragraph nine in the Journal Sentinel’s story — “the tone and the suggestion, especially knowing what happened later, made you at least question whether she wasn’t feeling over-sympathetic or protective of this man — or having romantic feelings, even if she didn’t act on them,” said Schotz. “She left it with this email from the chief saying, ‘Thanks for this fair reporting, now let’s have this coffee we talked about’.” (You can view that email in McBride’s personal statement.) “It’s kind of an interesting assumption that this must have been innocent. I don’t make promises to go out and be social with someone I’m writing about. You don’t turn off and turn on your ethical boundaries.”