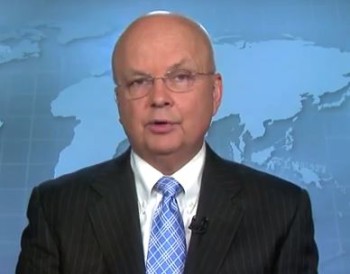 The Globe and Mail wrongly reported that former NSA chief Michael Hayden was killed at the Los Angeles Airport shooting this morning.

“We have practices and policies around confirming information, which unfortunately in this case were not correctly followed,” Borra added. “Minutes after the false information went out, we realized the error, corrected the story, added an editor’s note to the story making it clear that it was The Globe’s error, sent a follow up alert and follow up tweet. We’ve also sent a note to all staff reminding them of our policies and practices around accuracy and verification of information.”

Gawker posted a screenshot of the Globe and Mail article headlined, “Ex-NSA chief shot dead at LAX, Los Angeles Police say.”  The article had the byline of “Reuters and Associated Press” and said:

“LAPD is reporting Ex-NSA chief Michael Hayden has been shot dead at LAX. Radical Christian group has claimed responsibility on its website.” http://i.imgur.com/PnYgWIO.jpg

According to Borra, The Globe and Mail‘s staff was responsible for the addition of the information about Hayden.  “Neither Reuters nor AP reported the Hayden information,” she wrote. “This was included in the wire story by our staff. Our standard practice is to cite the source of the new information in this situation. Regrettably, this did not happen in this instance.”

The article now is headlined “FBI investigating after multiple gunshots heard at LAX” and reports “Earlier reports that an ex-NSA chief was shot dead appear to be a hoax.” It also carries an editor’s note admitting to the error. It reads:

“Editor’s Note: In an earlier version of this story, The Globe incorrectly included as fact the hoax that a former NSA chief had been killed.”

The Globe and Mail has since tweeted about the report being a hoax.

The Globe‘s Borra confirmed that the tweet was the source of the bogus news. “One of our reporters forwarded the tweet, as an FYI to desk editors, without saying whether it was confirmed or not,” she wrote.

The @HardlineNews account was impersonating “the legitimate @BreakingNews account,” according to Poynter, which reported: “The fake account uses the same profile photo as Breaking News, and its Twitter handle substitutes a capital “I” for a lower-case ‘L.'”

Obviously folks, @HeadIineNews is not us. I have submitted a support ticket and escalated to Twitter to remove.
— Cory Bergman (@corybe) November 1, 2013

Comment about white people at Brexit protest not problematic, OfCom rules
Why CBC says documentary on Trial co-produced by lawyer's daughter not conflict of interest