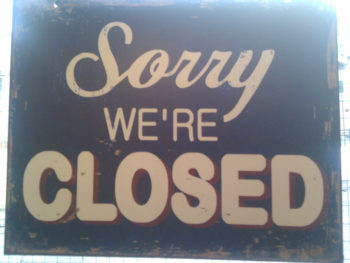 iMediaEthics has contacted spokespeople for AEG and AXS for more information. We will update with any responses.

Below is a copy of the e-mail sent to Examiner writers, via @CharellStar. 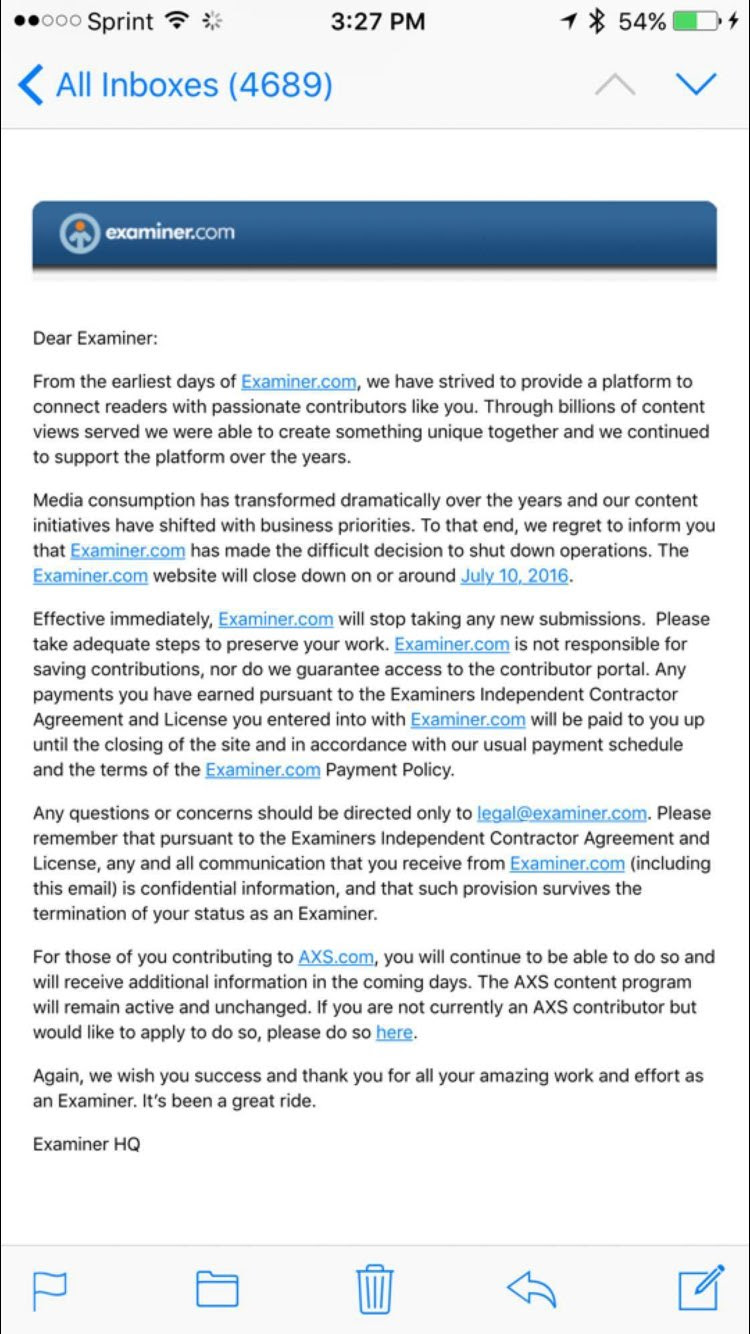 Examiner.com has had several plagiarism and fabrication scandals during its eight-year run. Its writers were paid by the click, as iMediaEthics previously reported.

Earlier this year, Examiner.com fired reporter Cindy Marabito and unpublished her entire archive of articles, after an iMediaEthics investigation into an article about a pitbull rescue found errors and methodological failures. Examiner.com parent company AXS’s spokesperson Justin Jimenez told iMediaEthics in March that it was their biggest unpublishing to date “as far as the actual size of the library goes.” AXS bought Examiner.com in 2014.

In 2011, a contributor was caught plagiarizing stories from The Missoulian, as iMediaEthics wrote at the time.

Michael Roth, a spokesman for AEG, which is AXS’s parent company, told Westword that the decision was financial.

“The online advertising landscape has changed and our overall business has changed,” Westword quoted Roth as saying. “It was a business model that was no longer working for us.”

It is unclear whether previously posted content will remain live, or if the Examiner.com site will be removed entirely. Writers were told to “take steps to preserve their work and assured outstanding payments would be honored,” KPIX reported. iMediaEthics has asked Examiner.com representatives what will happen to articles once the site shutters on July 10th.