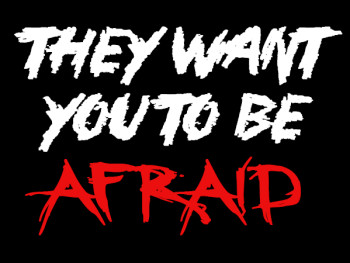 Recent polls have arrived at starkly different conclusions about the level of fear among Americans over the Ebola virus. The ABC News/Washington Post poll suggests “broad worries” of an Ebola outbreak in the United States, with more than four in ten Americans personally worried about catching the disease, while a Gallup poll taken about the same time finds only a third of that number of Americans saying it is likely they might get the disease.

Consistent with its fear-mongering story line, the ABC/WP poll also reports that “two-thirds say the government should do  more,” while Gallup reports a clear majority, 61 percent, of Americans with confidence that the federal government would be able to handle an outbreak of Ebola in this country.

Later in the news story, ABC also notes that more than six in 10 Americans have confidence in the government’s ability to respond effectively to an Ebola outbreak, but the results indicating the government “should do more” are the ones that got the headlines.

Question wording affects results in a major way. The ABC/WP poll asked if “the United States is doing all it reasonably can do to prevent further cases of Ebola in the United States, or do you think it should do more?” By 64 percent to 33 percent, Americans choose “more.”

In contrast, a Kaiser Family Foundation poll reports a net positive response to this question: “Do you think the U.S. government is doing enough, or not doing enough, to protect Americans from Ebola?” Overall, 48 percent say enough, 44 percent not enough.

Of course, respondents aren’t given both questions. And the fact is, most people don’t really know how much the government is actually doing. Thus, the subtle differences in question wording can produce quite different responses.

Typically, pollsters and journalists interpret the results to suggest that those who are worried or concerned fall into the second category – that the event is likely to happen. But if the question is worded specifically to ask how likely the event is to occur, almost always the percentages will be lower.

Here is a prime example of such a difference:

ABC/WP Poll question: “How do you feel about the possibility that you or someone in your immediate family might catch the Ebola virus: very worried, somewhat worried, not too worried, not worried at all?”

Gallup Poll question: How likely do you think it is that you or someone in your family will get the Ebola virus: very likely, somewhat likely, not too likely, or not likely at all?

Gallup Poll Results:
4%    Very likely
10%    Somewhat likely
34%    Not too likely
49%    Not likely at all
In each case, the question asks about the respondent’s catching the disease. When asked if they’re worried, 43 percent of Americans say they are at least “somewhat” worried, but when asked about the likelihood of catching the disease, only 14 percent say it is at least “somewhat likely” to happen.

These contrasting results imply that the word “worry” may, in fact, as suggested earlier, have two  meanings – worry about how bad the disease is, and worry that an epidemic will occur. Some people may think it’s not likely to happen, but worry about the consequences if it does happen. And these people are combined with the people who are worried that an epidemic will happen, thus inflating the percentages of people who think an outbreak will actually occur.

A similar type of disparity occurs when respondents are asked if they’re “concerned” about the possibility of an outbreak of Ebola, or if they’re asked specifically about how serious an Ebola outbreak might be.

Here is the “concerned” approach used in the ABC/WP poll:

Here is the more specific approach used in the Gallup Poll:

Note that Gallup reports only 20 percent of Americans believing there will be a “major outbreak” or “crisis,” with the rest saying either a “minor outbreak” or no outbreak at all.

In the same time period, ABC/WP reports almost two thirds (64 percent) of Americans at least somewhat concerned “about the possibility of a widespread Ebola epidemic occurring in the United States.” (emphasis added)

These differences are not trivial. ABC and the Post report more than three times as many people fearful of an epidemic as does Gallup. Any quick perusal of the news will show how widely politicians and the press have used polling on the Ebola issue (showing a fearful public) for their own purposes – the press to hype their stories, politicians to enhance their electoral prospects.

Thus, it’s ironic that a recent Washington Post article by Paul Waldman notes that “despite ample fear mongering,” there have been only two cases of people infected with the disease, and “at the moment, it looks like things are under control here.”

Waldman goes on to write, “it’s entirely possible that Ebola, the subject of so much fear and demagoguery, might not be a factor in the campaign’s outcome at all. Regardless of who prevails, that would be something to be thankful for.”

Tell that to his polling unit.