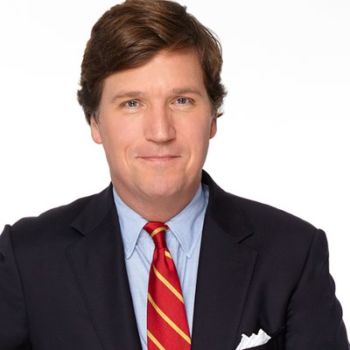 Hannity’s Jan. 31 program showed “several video clips of public figures reacting critically” but host Sean Hannity “repeatedly dismissed or ridiculed” the clips, which were pre-recorded, preventing those featured in the clips from responding. Then, Hannity interviewed “prominent supporters of the Trump administration” and added his own “enthusiastic support,” both for the Muslim ban and for Trump.

“Ofcom acknowledged that viewers were likely to expect Hannity to address controversial issues from a perspective that is generally more supportive of the US Republican Party,” OfCom ruled. “However, the likely audience expectations did not provide sufficient contextual justification to outweigh the numerous highly critical statements made about people who had opposed the Order, coupled with the clear support being expressed for the policies of President Trump.”

As for Tucker Carlson Tonight, the program went afoul with a May 25 show that discussed the May 22 terror attack at an Ariana Grande concert in Manchester, England. Carlson’s show criticized a variety of UK figures including Theresa May and deputy mayor of Manchester Baroness Hughes, as well as more generally the UK government. Carlson’s show claimed the UK government failed to “protect ‘thousands of underage girls’ from rape and abuse,” or citizens in general from terrorism, OfCom reported. Carlson’s show didn’t offer any UK government official or individual criticized an opportunity to respond on the program, and didn’t “challenge the view of his contributors,” according to OfCom.

Because of the lack of “significant alternative viewpoints” or response from those criticized, OfCom ruled against Tucker Carlson Tonight.

iMediaEthics has written to Fox for a response to the rulings on two of their programs.

Hannity appeared in an ad for Trump in September 2016; Fox News said it didn’t know he planned to appear int the ad and he wouldn’t be allowed to appear in another.