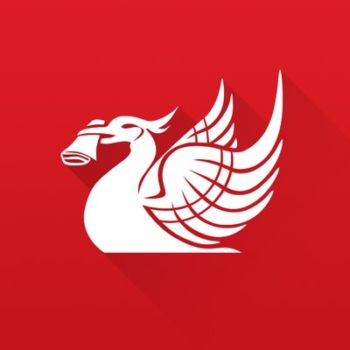 The Liverpool Echo wrongly reported that threatening graffiti appeared “just before” the man targeted by the graffiti was “viciously attacked” and later died, the UK press regulator the Independent Press Standards Organisation ruled. However, IPSO rejected most of the remainder of the complaint filed by the victim’s family against the Echo.

That ruling came after the man’s brother, Ian Dunn, complained. Dunn was upset about the October 2019 print and online article headlined, “Graffiti slur seen prior to attack,” which reported on his brother being attacked with a golf club and later dying. The article claimed graffiti about the deceased brother appeared “just before” he was attacked.

Ian Dunn said the article was wrong because it suggested the graffiti was linked to the attack and appeared just prior to it, when the graffiti actually appeared four months earlier. He also flagged errors in reporting the cause of his brother’s death and where his brother was attacked, and argued the article invaded the family’s privacy by naming his brother, using photos of his brother and not contacting the family before publication. Further, Dunn said the article’s comments section was filled with negative statements and claimed the Echo‘s reporter was insensitive when he complained.

The Echo defended its reporting, claiming that it didn’t say there was a link between the graffiti and attack, only that both happened. Further, the Echo said its claim that the graffiti appeared “just before” or one month prior to the attack was based on a friend of the victim’s claim, but that it would correct the error. The Echo defended its reporting on Dunn’s cause of death as based on what Dunn’s friend had said, but offered to fix the claim about where Dunn was attacked. The Echo also defended its publication of Dunn’s name, but apologized if its reporter was insensitive.

The Echo offered to publish a correction reading: “On October 9, 2019, we reported on the death of Terry Dunn and stated that graffiti had been daubed around Clubmoor just before he was viciously attacked with a golf club in June. We have now been told by a member of Mr Dunn’s family that the graffiti appeared about four months before the attack and are happy to make this clear.”

IPSO ruled that the article did break press guidelines by publishing the claim about the timing of the graffiti attributed to the friend, noting that the online version of the article contained no attribution and stated as a fact that the graffiti appeared a month beforehand. IPSO found that the correction offered by the Echo was satisfactory to resolve the complaint. However, IPSO decided that the errors in reporting on where Dunn was attacked and his cause of death weren’t “significant inaccuracies.”

IPSO also rejected Dunn’s complaint that the matter wasn’t handled sensitively, saying that the article was a report on the death “and previous events to which he had been connected,” and noted that while the Echo denied its reporter was insensitive, it still apologized. “Although reporting on the death of family members can be very upsetting to families or friends, deaths affect whole communities and the obligation to handle publication sensitively does not restrict the right to report on them,” IPSO stated.

iMediaEthics has written to the Liverpool Echo‘s publisher, Reach PLC, and attempted to reach Ian Dunn.

IPSO also rejected the complaint over the comments on the article, noting that “the decision to allow comments to be posted on particular articles is a matter of editorial discretion,” and the Echo unpublished them after Ian Dunn’s complaint.