Gawker.com is closing. Read Nick Denton memo on the news. 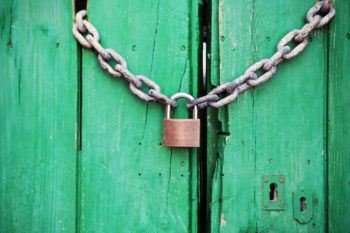 Gawker.com is closing. In an announcement on its website this afternoon, Gawker reporter J.K. Trotter reported that the site will shut down next week after Univision’s purchase of Gawker Media.

“After nearly fourteen years of operation, Gawker.com will be shutting down next week. The decision to close Gawker comes days after Univision successfully bid $135 million for Gawker Media’s six other websites, and four months after the Silicon Valley billionaire Peter Thiel revealed his clandestine legal campaign against the company.”

Gawker.com staff won’t be without jobs, though. ” Staffers will soon be assigned to other editorial roles, either at one of the other six sites or elsewhere within Univision,” Trotter reported.

Univision successfully bid $135 million for Gawker Media two days ago, as iMediaEthics reported. The company filed for bankruptcy after Hulk Hogan won a $140 million lawsuit over Gawker.com’s publication of a sex tape showing him.

In a memo to staff, sent to iMediaEthics, Gawker founder Nick Denton wrote,

“I am relieved that, with the approval today of the agreement with Univision, that we have found the best possible harbor for Gizmodo, Lifehacker, Kotaku, Jalopnik, Jezebel and Deadspin, and our talented writers and other staff. They will be joining The Onion, ClickHole and other beloved web properties in Fusion Media Group, the digital operation of Univision. Isaac Lee and the team at Fusion are fellow spirits, as committed to real journalism and an open future as they are to digital media expansion.

“Sadly, neither I nor Gawker.com, the buccaneering flagship of the group I built with my colleagues, are coming along for this next stage. Desirable though the other properties are, we have not been able to find a single media company or investor willing also to take on Gawker.com. The campaign being mounted against its editorial ethos and former writers has made it too risky. I can understand the caution.
“Even if the appeals court overturns this spring’s Florida jury verdict, Peter Thiel has already achieved many of his objectives.

“I will move on to other projects, working to make the web a forum for the open exchange of ideas and information, but out of the news and gossip business.
“Gawker.com may, like Spy Magazine in its day, have a second act. For the moment, however, it will be mothballed, until the smoke clears and a new owner can be found. The archives will remain, but Monday’s posts will be the last of this iteration.
“I am proud of what we have achieved at Gawker Media Group, both in our work and our business, never more so than in these last few months.
“Our bloggers — and the alumni now dispersed through the media from the New Yorker to the New York Times — have introduced a new style of journalism, sometimes enthusiastic, sometimes snarky, but always authentic. We connect with a skeptical and media-savvy generation by giving them the real story, the version that journalists used to keep to themselves.

“Without outside capital, we bootstrapped a profitable digital media operation. With only the talent and energy of our writers and other staff, we have drawn one of the most influential audiences in digital media: our stories connect with 100m people a month around the world. In 2016’s dance of media consolidation, the company has found a partner that understands our appeal and character;
not all will have that luck.
“As for Gawker.com, founded in 2003 and mothballed in 2016, it will live on in legend. As the short-lived killer android is told in Blade Runner: ‘The light that burns twice as bright burns half as long, and you have burned so very very brightly.'”