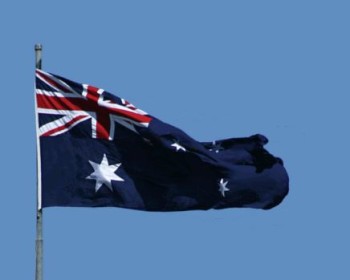 Earlier this week, terrorist group ISIS released a video showing the beheading of American journalist James Foley. How media covered the video and used still images from the graphic video prompted ethical questions in the international media, as iMediaEthics wrote earlier this week.

In our earlier report, we looked at how the Daily News, the New York Post,The Sunday Times, and the Guardian used images. Here is a roundup of the Australian publications that published the images.

The Sydney Morning Herald said it opted against publishing “the most graphic images and video, either online or in print.” In an editorial, the Herald said why it chose to cover Foley this way.

“The Herald often decides to publish graphic images and content but always tries to do so in a proportional way in a broader context. When we make the wrong call, readers let us know and we respond with due recognition of our duty.”

The Herald pointed out it did at least provide a link for readers who wanted to see the graphic coverage:

“In the Foley beheading case, The Herald was among many outlets that did not publish the most graphic images and  video, either online or in print. Instead, The Herald’s online news coverage included a link for those who wished to view it (with an explicit warning)  –- a recognition that some would access it but also that many would not. Many social media sites have refused to carry the graphic images. Many users have refused to access them where they are available.”

In contrast, Fairfax Media’s The Daily Telegraph, the Herald Sun, the Courier Mail and The Age all used still images from the video on its front page, the Guardian reported.

Fairfax Media’s Greg Hywood defended the publication saying “Every editor of every publication, every masthead, every website has to make its own call of the relevance for its audience.”

News Corp Australia’s Julian Clarke added  “This is the most horrendous thing that is going on in our world and hiding the brutal reality of this from anybody I don’t think is in anybody’s interest.”

The Telegraph‘s front page photo showed Foley “the moment just before the execution,” the Sydney Morning Herald reported. “The Courier Mail in Brisbane ran the same image and headline on its front page, although the image was much smaller,” it said.

The Australian Daily Telegraph’s editor Paul Whittaker said the Telegraph published the photo because “we do not believe it is the role of the media to self censor.”

Whittaker argued that by publishing the photos, perhaps it might prevent people from joining terrorist organizations. He said

“The image is confronting. But the wickedness of this extremist Islamic group will not be properly understood while media outlets engage in self censorship.

“We do not shy away from our obligation to our readers to tell the truth. We will not conceal these truths.

“If publishing images such as this stops one Australian from joining the evil of Islamic State, we have also saved lives.”

However, the International Business Times reported that ISIS’s videos are used to help recruitment.