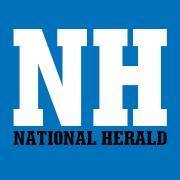 The National Herald, a daily newspaper in New Delhi, India, apologized for offending readers and unpublished an article about Hinduism.

The article, “Why a devout Hindu will never pray at the Ram Temple in Ayodhya” claimed the Ram Temple, which will be built where a mosque was previously demolished, wasn’t “a pure site” and that “my gods” wouldn’t be able to “hear my prayers over and above those screams” of people killed on the site, according to an Internet Archive of the article. Thousands of people died in riots after the demolition of the Babri Masjid mosque.

In a Nov. 10 apology, the National Herald said:

“Apology: We apologise if the article headlined’Why a devout Hindu will never pray at the Ram Temple in Ayodhya’ hurt anyone or any group’s sentiments and feelings. That was not our intention. We fully respect the Supreme Court verdict in the Ramjanmabhoomi-Babri Masjid case in Ayodhya.

“The views expressed in the article are the personal views of the author and do not reflect the views of National Herald. –Editor-in-Chief

iMediaEthics has written to the National Herald to ask how many complaints it received.