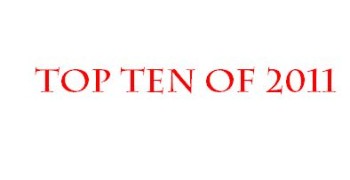 8. Is Herman Cain the Frontrunner Now? Don’t Bet On It! Poll columnist David Moore followed up on his Oct. 12 column advising readers to be cautious of media polls indicating Herman Cain was a GOP frontrunner.  (Cain “suspended” his campaign Dec. 3.)  In his Oct. 27 column, Moore warned readers that it was too early for pollsters to project an accurate view of the GOP race.  Further, Moore noted that “the national polls of voters are asking the wrong people.”

7. Morals & the Media, 30 years of both good and bad journalism: This July story focused on the 2006 revised edition of the Canadian journalism textbook Morals and the Media: Ethics in Canadian Journalism, billed as the “first book on Canadian journalism ethics.”  Our story, part of our Books, Authors and Organizations on Media Ethics series, included a review of the book and lengthy Q & A with author Nick Russell. Read the July 13 report here.

6. Did the Media’s Mocking Harold Camping Violate Religious Freedom?  Our summer intern, Corinne Segal, reviewed the summer’s media coverage of Harold Camping and his prediction that “the Rapture” would occur on May 21, 2011.  Segal found that several news outlets turned to mockery and reporting jokes where they could have responsibly reported factual, straight news stories.  Read Segal’s story here.

5. New Media Ethics Book asks: ‘Who Wins, Who Loses, Why Not Follow the Rules?’ The latest in our series on Books, Authors and Organizations on Media Ethics” focused on the 2011 book “Doing Ethics in Media: Theories and Practical Applications.”  The book, co-written by Jay Black and Chris Roberts,  focuses on moral and ethical development for all media professions. Read our December review here.

4. The Gingrich Phenomenon  — Real, or Poll-Created? Poll critic and columnist David Moore continued in his series questioning media polls on the 2012 Presidential Election season with this Dec. 5 column on polls about Newt Gingrich. Moore explained that poll reports showing Gingrich as a GOP frontrunner were misleading because “the polls were measuring only top-of-mind sentiments, not voter commitment; and Gingrich lacked other important elements of being a frontrunner — money, campaign organization, and establishment support,” Moore explains. Read the column here.

2. Inside BBC’s Dog Stoning Hoax Story: A Case Study on a Reader’s Fight for Accuracy and Accountability: In September, we published an in-depth look at British citizen Jack Douglas’ struggle to hold the BBC accountable after it reported a hoax story.  The phony story alleged that a Jerusalem court ordered a dog to be stoned, but news outlets began retracting the tale days after it was reported. However, Douglas started asking questions about the story’s accuracy soon after publication, and days before the BBC finally published a retraction. Read more about the hoax story, how it happened and Douglas’ time lobbying the BBC for answers here.

1. L’Affaire Romenesko: A Legal Perspective on Plagiarism and Copyright  Journalist and intellectual property lawyer Alan Behr weighed in on Jim Romenesko’s Nov. 10 resignation from Poynter with this Nov. 21 legal analysis of plagiarism and copyright. Read his essay here.