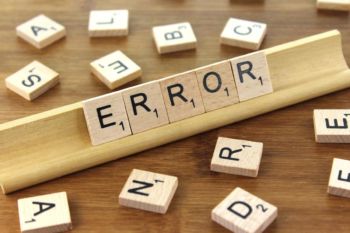 iMediaEthics’ latest roundup of amusing or noteworthy corrections from the media begins below:

The Guardian used an image still from Crazy Rich Asians and said the actress pictured was Constance Wu. But, it wasn’t; the actress was Sonoya Mizuno.

“This article was amended on 8 February 2020. The actor in the Crazy Rich Asians photo is Sonoya Mizuno, not Constance Wu as stated in an earlier version.”

The UK Mirror published a photo of a “prominent psychic medium” with a photo of the widow of a man. The Mirror’s Feb. 9 correction:

In our article “Derek Acorah’s wife Gwen had a £3 a pop ‘psychic service’ despite not being clairvoyant” published on 2 February 2020 we mistakenly used a picture of Paula Bairstow to illustrate it, instead of the widow of Derek Acorah, Gwen.

Ms Bairstow is a prominent psychic medium who is widely known as ‘Lillyanne’ and had nothing to do with the content of the article.”

4. What is the capital of Vermont?

“Montpelier is the capital of the US state of Vermont, not Burlington as incorrectly stated in the Person in the News on February 1.”