Impeachment and the Polls – Conflicting or Consistent Messages? - iMediaEthics 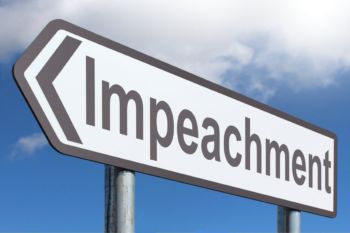 A new “shock” poll from Fox network, conducted June 9-12, finds “50 Percent of American Voters Want Trump Impeached.” Just 48% said no. That is the first time any poll has shown a majority of Americans favoring impeachment.

Yet, the Fox results are not that “shocking.”Of course, other recent polls, conducted over roughly the same time period, have reported far smaller percentages favoring impeachment. As the chart below shows, percentages have ranged from a low of 22% from NPR/PBS/Marist to the 50% from FOX.

Part of the inconsistency among the polls can be attributed to different question wording, and perhaps also to where the question is placed in the whole interview.

The Fox poll, for example, asked whether Trump should be impeached immediately after asking whether the Trump campaign coordinated with the Russian government during the 2016 campaign (50% said yes). Then the poll asked if Trump should be impeached and removed from office (43% said yes). That figure is higher than any of the other polls, and could possibly have been affected by the previous question, reminding respondents of possible collusion with Russia.

Among those who said no to impeachment, the poll asked if it was because they felt Trump should be impeached but not removed from office, or if Trump shouldn’t be impeached at all. Overall, 7% of the sample chose the first option – giving a total of 50% who wanted Trump impeached.

Despite this apparently much higher percentage in favor explicitly of “impeachment,” the other polls also show high percentages of the public in favor of continued investigations of the president into possible wrong-doing.

As the chart below shows, according to the six recent polls, about half the public (plus or minus three percentage points) wants either impeachment or continued investigations of the president to continue.

While the question of impeachment produces inconsistent results among the polls, there is a high degree of consistency in the polls about continued investigations.

And there could possibly be greater consistency about impeachment if the public understood what the process entails.

The Suffolk University poll in June reported that only half of the public knew that after impeachment, the Senate would hold a trial to decide whether to remove the president from office. Another 9% thought the president would be automatically removed from office, while 23% thought the issue would go directly to the Supreme Court, and the rest (19%) didn’t know.

If more people recognized that impeachment does not automatically mean removal from office, it’s quite possible the percentage in favor would be higher. The Quinnipiac University poll, for example, asked these two questions:

Do you think that Congress should begin the process to impeach President Trump, which could lead to his removal from office, or don’t you think so?

Do you think that Congress should investigate to determine whether or not to bring impeachment charges against President Trump, or don’t you think so?

The first question showed 33% saying yes, while the second question found 48% saying yes. Yet, in practical terms, both questions address the process of impeachment. “Beginning the process to impeach” is essentially the same as “investigating to determine whether or not to bring impeachment charges.”

The difference between the two questions is that the former mentions Trump’s possible removal from office, while the second emphasizes the investigatory process.

Given these results, it appears that the Fox poll is not at all surprising. Instead, it confirms how evenly divided the American public is about investigations into Trump’s behavior.