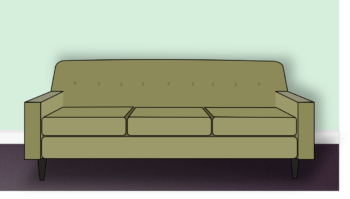 The Sunday Post reported on an actress’s allegations of being sexually harassed while working in Scotland and the United States. But the woman, Joanne Thomson, complained over the Oct. 15, 2017 article alleging the Dundee-based newspaper wrongly attributed comments to her and misrepresented her interview.

The Sunday Post‘s deputy editor Jim Wilson told iMediaEthics, “We appreciate your interest but do not feel we can add anything to the IPSO adjudication.” iMediaEthics has written to Thomson’s agents for her response to the ruling; they declined to comment.

Thomson recorded the interview, seemingly making it easier for the UK press regulator the Independent Press Standards Organisation to evaluate her complaint. As IPSO explained, Thomson claimed “the views expressed in the article were those of the male reporter, not her own” and “She said that it was ironic that in an article about her own experiences of sexism, she believed her voice had been silenced by a man.”

The newspaper defended its reporting, according to IPSO, which said “the newspaper considered that it had substantially reported the complainant’s comments accurately and did not believe the article misrepresented her views.” Further, the Post claimed that since the journalist told Thomson he wanted to interview her about Scotland’s “casting couch culture,” that dictated the discussion.

However, while Thomson did tape the interview, she only had a recording of 50 minutes of it; the Sunday Post claimed the interview lasted two hours. The newspaper’s reporter had notes for one of the quotes Thomas said was faked, but not the other.

The Post offered to edit its online article, publish an opinion piece by Thomson, and post a clarification, but Thomson said that wasn’t good enough.

In general, IPSO ruled that the article accurately reported on Thomson’s overarching experience. Specifically, however, the Sunday Post inaccurately reported that Thomson thought Scotland wasn’t as bad as Hollywood. Given that there were no notes or recordings to support one of the two disputed quotes, IPSO ruled against the Post for inaccuracy and providing a “significantly misleading impression.” In terms of the other quote, which wasn’t on the recording, but was in the reporter’s notes from when the recorder wasn’t on, IPSO ruled it was fine to publish since the paper had notes to back it up.

“The misattribution of quotes given as part of an interview, was a serious failure to take care, and so the appropriate remedy was the publication of an upheld adjudication,” IPSO said.

The Sunday Post must publish the ruling against it.