Is the Pope Catholic? Times of London Said JPII wasn’t 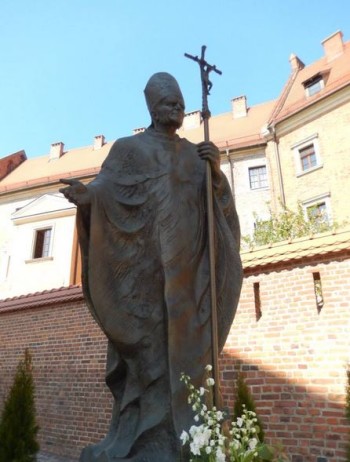 We’re just seeing this epic correction from the UK Times of London.

The Times said Pope John Paul II wasn’t Catholic. The error was made in the Times‘ Aug. 8 “Credo” column, headlined “Let’s honour the quiet Pope who changed the Church.”

In an Aug. 11 correction posted on its website, the Times confessed its sin:

“Karol Wojtyla was referred to in Saturday’s Credo column as ‘the first non-Catholic pope for 450 years’. This should, of course, have read ‘non-Italia’. We apologise for the error.”

The article in question was by Anglican Bishop Stephen Platten, the Rector of St. Michael’s Cornhill and an honorary assistant Bishop to the Diocese of London.

Wojtyla was born in Poland. He took the name John Paul II when he was elected Pope in 1978. He died in 2005 and was succeeded by Pope Benedict XVI.

“In other scripture-related errors The New York Times earlier this year confused which sea Moses parted. It was, of course, the Red Sea,” Poynter noted.

iMediaEthics has written to the Times of London and Platten’s church.

Back in June, Italian magazine L’Espresso broke embargo and published a report on Pope Francis’s encyclical on climate change ahead of schedule, as iMediaEthics wrote.

See all of iMediaEthics’ stories about religion.

Is the Pope Catholic? Times of London Said JPII wasn’t