Globe & Mail’s article on Diamond Mine in Canada didn’t meet standards, have balance 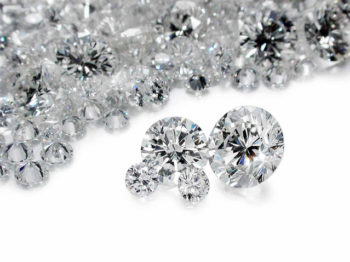 The Globe and Mail has learned that diamonds are not always a newspaper’s best friend.

That is, the Mail published an article about a trip to a Canadian diamond mine that was paid for by the diamond mine’s company. In addition, they did not include any comments from critics of the mine.

The article did, however, contain a disclosure about the paid trip to the Victor Mine, noting “Forevermark U.S. organized and paid for the writer’s trip. The company had no input on the content of the article.” But, overall, the article didn’t meet the paper’s standards, Globe and Mail public editor Sylvia Stead reported.

According to Stead, the article “was published on the Report on Business part of the website, under Economy and Growth & Productivity. It is part of a series managed by the editorial staff in The Globe and Mail’s custom content group. Advertisers buy adjacency to the content, but they do not see or approve any content. De Beers and Forevermark were not the advertiser.”

The article, “Diamond mines give economic sparkle to Canada’s North,” was published Nov. 3 and written by Deirdre Kelly. It reflects favorably on the mine, quoting De Beers Canada about the high pay it says employees receive and listing apparent benefits to the community.

While the article does quickly mention that “critics of the mine, found upstream on the Attawapiskat River, have tended to see it more as a blight on the local environment,” and refer to a Canadian Parks and Wilderness Society’s Wildlands League study warning of the mine’s impact to aquatic life, it also includes De Beers’ denial of the claims. And as the Globe‘s Stead noted, the article didn’t quote any actual critics while it did quote De Beers’ spokesperson in its defense.

According to Stead, the custom content group’s managing editor Sean Stanleigh said its reporter did try to get comments from those not affiliated with the mine or De Beers but were not able to do so (and also did not disclose that in the story). He acknowledged “the story did not meet The Globe‘s standards for balance, and it should have been held until those comments were secured.” iMediaEthics e-mailed both Stanleigh and Kelly for comment but didn’t hear back with responses to our questions. Kelly said she sent the query to her supervisor.

Stanleigh also agreed that the Globe shouldn’t have allowed its reporter to take a free trip even though it did disclose it. “The spirit of The Globe’s code of conduct was not followed,” he told Stead. “The newsroom traditionally does not accept offers of travel paid by third parties for news and business stories, and while we were transparent with readers through a disclaimer, a senior editor was not consulted prior to accepting the trip and publishing the story.

De Beers Canada confirmed to iMediaEthics it was “part of the overall trip that included other activities not specific to De Beers Canada.”

Globe & Mail’s article on Diamond Mine in Canada didn’t meet standards, have balance