Is the NY Post Showing its Bias in Caroline Kennedy Senate report? 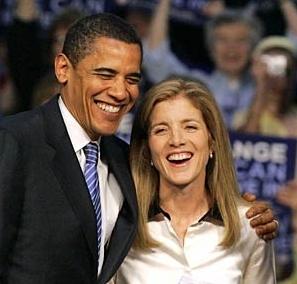 NY Post cherry-picked a negative commentfor its headline even though the NY Governor made sure he suggested both positive and negative points about Caroline Kennedy's qualifications. The accurate headline would have stated that the Governor said Kennedy was "a plus and a minus."

The New York Post reported on January 9 that the NY State governor cited both positives and negative traits about Caroline Kennedy as a possible replacement for Senator Clinton. Yet they featured only the negative remark in the story’s headline. Is this an opinion piece disguised as news? The headline also gives the false impression that the the Post has an inside track–that Gov. Patterson’s leanings are negative.

The headline on page 2 was “Caroline has ‘a minus’: gov.”  So was the Post being consummate pessimists by cherry-picking only the negative portions of Gov. Paterson’s remarks for the headline and lede, leaving the positive for the third paragraph, or did this biased selection indicate, well, their bias?

The lede reads: “Gov. Paterson yesterday called Caroline Kennedy’s lack of experience as a lawmaker ‘a minus’ when weighing her qualifications to be a US senator. Paterson…said of Kennedy, “She does not have much political, I mean, legislative experience, which is a minus.”

Buried in the third paragraph is that Patterson said Kennedy has a plus. Anyone who just glances at the headline would miss the fact that Gov. Patterson went on to say Kennedy “obviously does have a tremendous relationship with [President-elect Barack Obama] that’s certainly a plus.”

After quickly noting Gov. Patterson’s positive comments, writer Brendan Scott segues to mention that  Alaska Gov. Sarah Palin is skeptical about how the media will handle Kennedy’s candidacy. (Hummm. Kennedy has been smarting from comparisons of her to Palin. Is this another Post indication of bias?).

Palin is then quoted from an interview for a yet-to-be-released conservative documentary that she is waiting to see if Kennedy’s social class will play into the media’s treatment of her, and how the treatment of Kennedy will compare to how Palin was treated during the presidential race.

There were no rebuttals or comments from anyone in support of Kennedy. I guess if you are a newspaper that is negative about Kennedy none are needed even though it is supposed to be news reporting and not opinion.

Is the NY Post Showing its Bias in Caroline Kennedy Senate report?