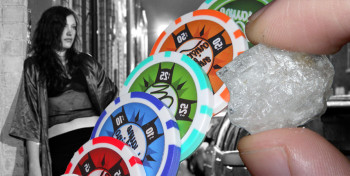 Israeli politician Oren Hazan is suing Israeli news reporter Amit Segal for linking him to casinos, prostitutes and crystal meth. He is not suing the news station that aired the claims, Channel 2 News, though.

The June broadcast by TV station Channel 2, which is based near Jerusalem, claimed Hazan managed a Bulgarian casino “and didn’t work in a hotel that happened to have a casino, as [Hazan] claimed,” the Jerusalem Post reported at the time. The broadcast also reported that Israeli tourists said “they did crystal meth with Hazan” at the casino and Hazan “hired prostitutes for them,” the Jerusalem Post added.

Hazan slammed the broadcast at the time as “detestable, baseless lies” and indicated he planned to sue. “I say this unequivocally: There were no drugs. There was no pimping women,” he said.

Segal is defending his report, telling iMediaEthics by e-mail, “We fully back the report, and will defend it wherever we will be asked to do so.” He confirmed that he is being sued by Channel 2.

According to the Jerusalem Post, he added, “We stand behind the report and we’re happy the truth will be made clear in court.”

“There has been a campaign of lies and persecution against me, such as has never been seen before in Israel,” Hazan said at the time of Segal’s original report, according to the Times of Israel.

Hazan’s lawyer Avraham Keren called for an apology back in June, saying, according to the Times of Israel: “Your intention was to injure — with no other practical reason — the standing of my client and his good name.”

Hazan said the claims harmed him personally and professionally, according to Jerusalem Post:

“Among the damages claimed in the suit, in addition to sullying Hazan and his family’s name, is that Hazan, despite holding the title of deputy Knesset speaker, has not been given any shifts to run Knesset meetings, and that his girlfriend’s parents will not let him come to their home for Shabbat meals.”

Also this summer, Israel’s Channel 10 reported that anonymous former employees of Hazan accused him of getting drunk and sexually harassing them. Hazan denied the claims, the Jerusalem Post reported, but didn’t sue.