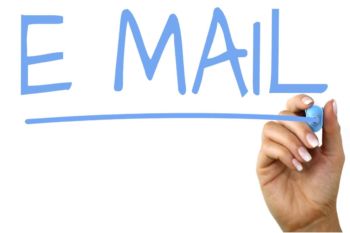 Just because someone tells the UK press regulator they don’t want to be contacted by the media about a story, it isn’t harassment for a news outlet to contact that person seeking comment.

A man named John Gordon complained to the regulator, the Independent Press Standards Organisation, over the Dec. 2018 story and e-mail from the Sunday Life about his company’s eviction of tenants. Gordon told IPSO that he didn’t want the media contacting him about the eviction, IPSO reported, but the Sunday Life still contacted him for its story.

The Sunday Life’s Head of News, Stephen Gordon told iMediaEthics by e-mail that the publication “welcomes the IPSO decision,” which he said “vindicates our approach to the story and, importantly, makes it clear that IPSO advisory notices do not act as blanket bans on all contact from journalists or prohibit the printing of future stories about a subject.”

In addition, Gordon wrote that the publication was “surprised” by the complaint “given the nature of our approach, a polite email to his business address, and the clear public interest as outlined by IPSO,” as well as the questions regarding “new, distinct claims.”

While Gordon thought the e-mail from the Sunday Life reporter was harassment, IPSO rejected the claim, saying its story was in the public interest and addressed issues that weren’t affected by Gordon’s request for privacy. Specifically, Sunday Life explained to IPSO it was reporting on issues that Gordon hadn’t publicly commented on, and not just the eviction issue, so it needed to contact him for his response to those specific claims.

The Sunday Life argued its reporting was in the public interest and pointed out that it only e-mailed him, and didn’t contact him in person. IPSO agreed, finding in its ruling that it wasn’t harassment or a breach of its journalism guidelines for the journalist to contact Gordon despite his request to IPSO not to be contacted.

“The publication had not asked the complainant for comment on the eviction incident and the journalist was seeking the complainant’s response to serious claims,” IPSO ruled. “It was enquiring whether those who contracted his services knew that his company provided security to high profile public events whilst also being allegedly involved in controversial evictions, one of which had resulted in an investigation by the PSA. It was important that the complainant was given the opportunity to respond to these claims, in line with the publication’s obligations to take care over the accuracy of published material.”