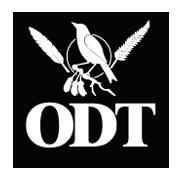 It wasn’t an invasion of privacy or offensive for a local news site to publish photos of a car and truck accident that resulted in a fatality, even if the victims of the crash may have been identifiable, the New Zealand Media Council ruled.

A reader complained about the Otago Daily Times‘ news site’s article about a January 2020 car crash that showed photos of the vehicles in question, arguing in a small community, someone could figure out who was involved. The Otago Daily Times footage blurred out the license plate of the car, but did briefly show the sign on the side of the truck, and the accompanying news story noted that another news outlet reported someone died in the accident.

The reader who complained argued the coverage showed a “horrifying lack of decency,” and argued that the Otago Daily Times didn’t need to include photos or video of the incident.

In response, the Otago Daily Times defended the story and visuals as in the public interest and in the context of road safety. The editors reminded the council that it blurred license plates and also tried to make it so any “clear identifying features” weren’t visible. The site also noted it didn’t show any zoomed in images or images of the victims, and deleted a social media post about it because it didn’t have the ability to monitor comments.

The media council ruled the photos and images were fine because they weren’t “remarkable from an industry perspective,” and didn’t show any victims.

“The photographs and video show emergency services working at the scene and the damage of the vehicles involved,” the council found. “No drivers (or passengers, if any) were shown.No close ups were published.The images are not unlike those used throughout the country during similar holiday-time road safety and crash articles. There was no focus on the shocking suffering or injuries.”

Concerning the privacy issue, the council decided that the Otago Daily Times handled the matter appropriately by blurring license plates and avoiding any names or close-ups. The council explained: “In a small community, it is inevitable that people are going to find out and know the persons involved in a crash occurring in the location it did.”

In general, the council noted that it doesn’t have a hard and fast rule about when to publish photos involving accidents or victims, but news outlets should be “reasonable.”

“There are too many variables involved to give detailed guidance on the appropriateness of the timing of publication,” the council ruled. “This is essentially an editorial function.”