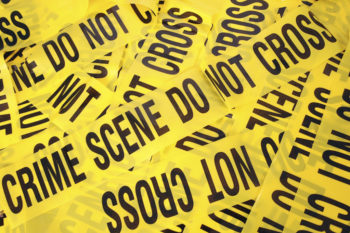 ABC News faked a backdrop to make it look like its reporter Linsey Davis was standing just in front of a crime scene where a missing South Carolina woman, Kala Brown, had been found captive. The news segment in question was broadcast Nov. 4 on Good Morning America.

Davis went on camera with yellow police tape behind her to report on Brown’s discovery in Woodruff, South Carolina. Brown had been missing since August. But, according to CNN’s Dylan Byers, an anonymous tipster sent into CNN a photo showing the police tape was tied to ABC News’ equipment.

ABC News spokesperson Julie Townsend told iMediaEthics by e-mail, “This action is completely unacceptable and fails to meet the standards of ABC News.  As soon as it was brought to our attention, we decided to take the producer out of the field, and we’re investigating further.”

CNN’s Byers noted that earlier this year an ABC News producer David Fazekas faked a reservation list for a segment because the restaurant he was reporting on wouldn’t show him the real one. Fazekas compared it to a “reenactment in a documentary.”