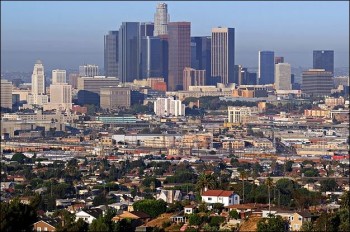 The guidelines “apply to all Times journalists as well as freelancers,” according to readers representative Deirdre Edgar, who posted the new standards on the newspaper’s website.  Edgar wrote that the guidelines were “last revised in 2011.”

For example, the Times says it doesn’t name “suspects of criminal investigations who have not been charged or arrested” or minors being tried, save a few exceptions like when the minor is charged as an adult or the case is high-profile.

The newspaper also calls for follow-up reports to prominently report whenever “someone we have identified as a suspect ultimately is not charged.”

Sex crime victims and accusers aren’t to be named unless they want to be, but “the editor or managing editor or an editor designated by them” have to make the final call to name someone.

The guidelines also feature a section on “precision” which bans any

Writers also warned about the use of superlatives like “biggest,” an issue the Toronto Star public editor Kathy English has previously addressed as problematic.

The guidelines advise journalists on handling errors, and tell staff to let an editor know whenever someone complains about accuracy.

Further, the standards lay out no-nos for altering photos, video and audio.  For example,

“We do not add color, create photomontages, remove objects or flop images. We do not digitally alter images beyond making minor adjustments for color correction, exposure correction and removal of dust spots or scratches required to ensure faithful reproduction of the original image. We do not permit the exaggerated use of burning, dodging or color saturation or the use of photo editing app filters to manipulate images for publication.”

When photos are intentionally altered, they have to be labeled “photo illustration” and a senior editor for photography must sign off.

The guidelines also address conflicts of interest including political affiliations, any “business or financial relationships” and personal relationships.

And op-ed writers “are not expected to avoid conflicts, but they are  expected to disclose them” given that they “are expected to bring institutional and personal perspectives to their work.”

Interestingly, the guidelines specifically dictate that sports writers can’t vote “for baseball’s Hall of Fame, college football’s Heisman Trophy and national rankings in college sports, among other areas” because of conflict of interest. “Similar issues arise in the arts when journalists are invited to vote for awards and prizes in film, literature and other fields,” the guidelines state.

“The Los Angeles Times endeavors to keep its ethics guidelines current and this update is part of that ongoing  process. They were last revised in 2011. Since then, there have been changes in technology, in our online efforts and in staffing. It was time to take a fresh look and bring them up to date.” 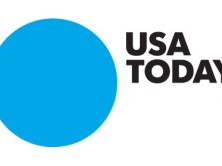